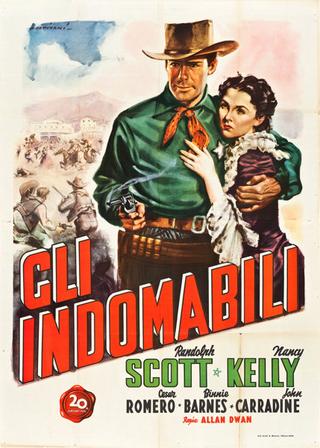 Wyatt Earp was and is one of the most enduring figures in the mythology of the Old West. I’ve always enjoyed seeing how such people were represented on film, how those representations have evolved over time, and how that evolution reflects changes in the western itself. I’d been planning on running a series of pieces on the various movie incarnations of Wyatt Earp – so here goes. I’m going to look at as many of the screen portrayals of the man as possible; both those that have the famous lawman as the main character, and those that only feature him incidentally. I don’t say that this will be an exhaustive list but it will deal with all the major films chronologically.

1939 was something of a defining year for the western, a turning point – the year the genre started to grow up. After the box office failure of The Big Trail (1930) the western found itself relegated to B movie status. Studios were unwilling to lavish money on what they saw as a bad risk, and so the western would languish on the bottom half of the bill for the remainder of the decade. 1939 was to change all that. John Ford’s Stagecoach, De Mille’s Union Pacific, and Henry King’s Jesse James showed that there was still gold to be found in ‘them thar hills’, and the western returned to A list respectability. Along with those illustrious titles came Allan Dwan’s Frontier Marshal.

I suppose I should start by saying that if you’re one of those who are sticklers for historical accuracy, then this is not the film for you. This adaptation of Stuart N. Lake’s book has a character called Wyatt Earp, who was a lawman in Tombstone – and that’s about as close to the real facts as it gets. In fact, the movie might just as well have been about any marshal in any burgeoning frontier town. There’s a nice little montage sequence at the beginning that establishes the birth and growth of Tombstone, before introducing Earp (Randolph Scott). It’s made abundantly clear that Tombstone is a wide open town where pretty much anything goes. Earp finds himself reluctantly roped into the job of marshal and, by extension, into conflict with the town’s less savoury elements – outlaw Curly Bill Brocius (Joe Sawyer) and his saloon-keeping ally Ben Carter (John Carradine). He also meets the notorious gunslinger Doc Holliday (Cesar Romero), although for some unfathomable reason the script chooses to refer to him as ‘Halliday’. Together, the two heroes take on the might of the criminals in an effort to bring law and order to the streets of Tombstone, culminating in the legendary gunfight at the OK Corral. This scene is pure fantasy since the only relationship to the truth here is that it involves Wyatt Earp and has some people getting shot.

Randolph Scott plays Earp as an arrow straight hero. It’s not a bad performance and more or less par for the course for the era. In later years, Scott would show his ability to play much more complex characters but he was rarely given the opportunity to do so at this stage in his career. Cesar Romero is surprisingly good as the guilt-ridden Doc, though it has to be said that the part has afforded the chance to shine to every actor who ever played the role. The outlaws are portrayed as the standard cardboard cutout villains, although John Carradine always lends a touch of class to any part. Some time I must do a count of how many films I own that feature Carradine, for he seems to turn up everywhere. And while I’m talking about ubiquitous actors, there are parts also for Ward Bond and Lon Chaney Jr. Binnie Barnes is the tough saloon singer in love with Doc, and competes for his affections with the more refined Nancy Kelly. One other interesting piece of casting has Eddie Foy Jr playing his own father, who was supposed to have been performing in Tombstone when the gunfight at the OK Corral took place.

Generally, this is a pretty decent western, and only fails if you expect to learn something about the real Wyatt Earp. There are no Clanton’s, no McLaury’s, and no Virgil or Morgan Earp. If you view it as simply another western about a marshal cleaning up the town, it works well enough. The film  is now available as a bonus feature on the recent R1 ‘Ford at Fox’ release of My Darling Clementine. While it is included in the smaller sub-set it is missing from the full box, but there was a mail-in to allow those who missed out on it to receive the film. The presentation of what is essentially just an extra is excellent, with a very nice, clean transfer. There’s even a trailer and stills gallery included – another fine piece of work from Fox. 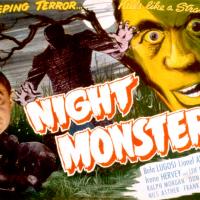 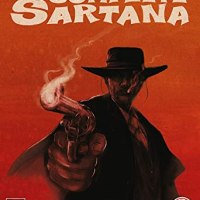 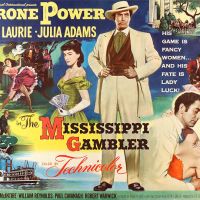 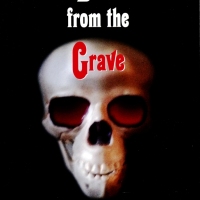 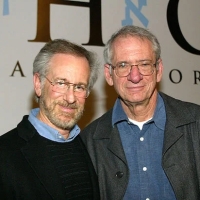