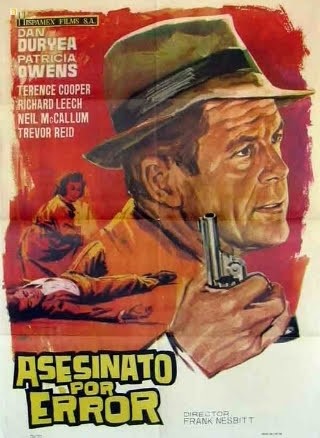 The B movie tends to get a bad press, attention is often drawn to the cheapness, caliber of stars or sometimes just out and out trashiness. Such criticisms can certainly be justified on many occasions but blanket dismissals are unwise generally and cinema has a habit of throwing out plenty of exceptions to muddy things. The thing is a B movie can work very well so long as certain elements are in place. The lack of funds can encourage economy not only in the nuts and bolts of production but also in the storytelling and pacing. And of course the presence of one or two good actors is able to overcome shortcomings elsewhere. Walk a Tightrope (1965) is very much a B picture, but its two stars and a reasonably intriguing plot help to elevate it considerably.

Carl Lutcher (Dan Duryea) is obviously a man down on his luck, living in a decrepit bedsit with a naive woman (Shirley Cameron) and slightly bemused as to why she should profess to love him. Later we learn that Lutcher is a dockworker by trade but when he heads off to complete a job it’s work of an entirely different nature he has in mind. Lurking opposite a movie theater, he watches Ellen Sheppard (Patricia Owens) bidding farewell to a couple of girlfriends and then follows her as she walks off towards a nearby pub. Ellen’s behaviour seems a little odd – she’s aware of someone tailing her, and then there’s the panic attack she succumbs to upon accidentally running into her new husband (Terence Cooper) and his business partner (Richard Leech). All of this leads to the two men insisting on escorting her home, although she clearly dislikes the idea. Shortly afterwards the doorbell rings and Lutcher forces his way in. To Ellen’s horror, he pulls a silenced pistol and calmly fires three rounds at her husband at point-blank range. Lutcher behaves as though it had all been arranged while Ellen is verging on hysteria due to the shock. So why would a man like Lutcher assassinate a man he’s never met and then ask the victim’s wife to pay him? Everything points to a contract killing but Ellen’s reaction doesn’t fit. Lutcher will have to be tracked down and a trial will need to take place before any indication of what’s really going on becomes apparent, and even then we’re still talking suspicion and surmise until a final twist reveals all. 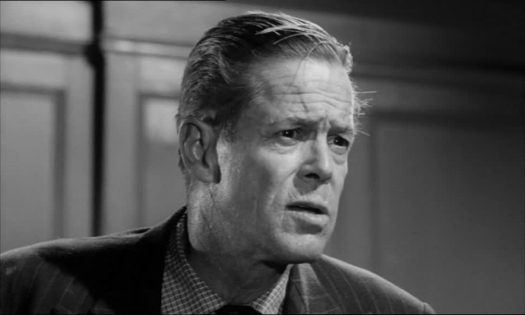 Frank Nesbitt has few credits as a director, and only a few more as assistant director but he made two thrillers with Dan Duryea, Walk a Tightrope and Do You Know This Voice?, both written by actor Neil McCallum. I haven’t seen the latter but, despite Nesbitt’s rather anonymous direction, I’m quite keen to do so now. McCallum, who also pops up as the prosecutor in the trial sequence, produces a tricky little thriller here which ensures the story develops steadily and at a satisfying pace. Of the other crew members, cinematographer Basil Emmott should be familiar to anyone with a fondness for post-war British thrillers.

I said at the beginning of this piece that a couple of good actors can make a significant contribution to the success of even a modest production, and that’s precisely what happens with Walk a Tightrope. Both Dan Duryea and Patricia Owens were experienced Hollywood performers and it’s their work that adds interest to this thriller. Frankly, I like seeing Duryea taking a leading role in any movie, regardless of whether it’s heroic, villainous or something in between. I think what made him such a fascinating actor was his ability to put a genuinely human face to whatever part he played. His role in this film isn’t an attractive one, he’s a killer after all and nothing we learn about him suggest he has too many redeeming features. However, we do care about him, especially during the trial which dominates the last half, and his turn in the witness-box as he makes no attempt to deny his guilt but becomes increasingly frustrated and desperate to convince the court of the fact he wasn’t acting alone. Patricia Owens appeared in a number of films which I admire, The Law and Jake Wade and The Gun Runners among them, and I think she did excellent work here as well. Her part called for a good deal of subtlety and some fairly complex emotional shifts as the plot weaves its way towards the conclusion, the kind of performance which demands skillful playing in order to remain credible. I feel she nailed the enigmatic aspect of her character and her acting at the climax carries extra punch as a result. Absorbing as the story is, I don’t believe it would be anywhere near as effective were it not for Duryea and Owens. 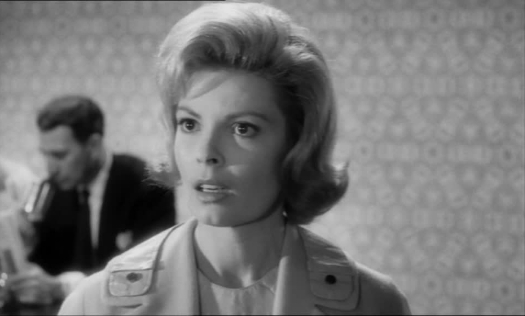 UK company Network’s releases in their The British Film line continue to impress me, both the selection of titles and the quality of their transfers. Walk a Tightrope is presented in the 1.66:1 ratio and looks very nice. The image is crisp and clean and doesn’t display any particularly distracting damage. The sole extra feature is a gallery but it should be remembered these films are all very competitively priced and represent excellent value for money. This may well be a B movie but it’s also a solid example of a pared down and well paced crime thriller. OK, perhaps it’s not a classic of the genre but it never aspires to that anyway. I enjoyed the basic plot and the two lead performances give it a bit of class – definitely worth checking out. 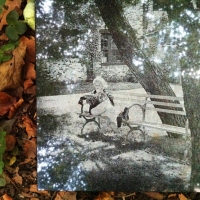 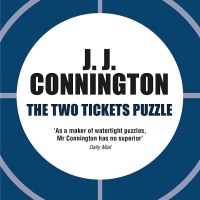 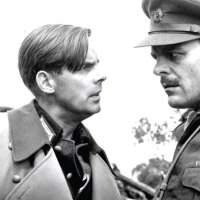 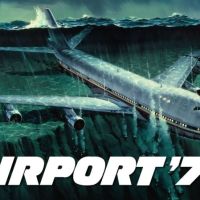 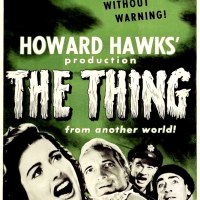 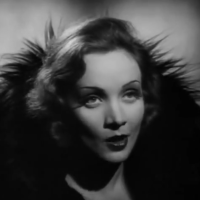