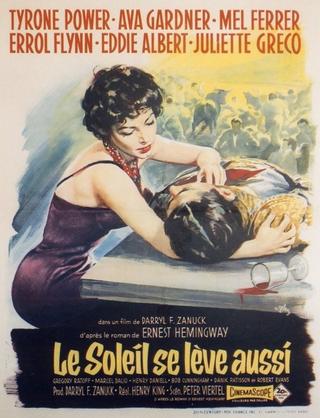 Adaptation, moving from one medium to another, has been a feature of moviemaking since the earliest days, and it’s always been fraught with difficulties. Shifting a theatrical production from the stage to the screen ought to be a reasonably smooth procedure, after all drama is drama, right? Well, not always. What captivates in the theater can all too easily appear static and restrictive on the screen. Yet this is as nothing compared to the potential pitfalls of the literary adaptation, and the more famous or well-regarded the source material, the greater the chance of a negative reaction. This is understandable – authors decry the debasement of their work, the simplifications imposed, and readers express dismay at the excision of cherished passages or, worse yet, casting decisions that make a nonsense of the images they’ve been carrying around in their minds. In short, a screenwriter with a  book to adapt can be forgiven for seeing himself (or herself) on a hiding to nothing. The Sun Also Rises (1957) is based on what might well be Hemingway’s best book and it doesn’t seem to have made too many people happy. The author reportedly derided it and the screenwriter Peter Viertel disliked it. I’m not really sure what the critical consensus is but I know I always enjoyed the movie. If the book was about dreams and desires that were doomed to failure, flirtations and affairs that could only ever be imitations of what the protagonists wanted or needed, a paean to the beauty and tragedy of what can never be, then I reckon the movie, because of rather than in spite of all its flaws, might just be as good an adaptation as anyone could ever hope to make.

The Lost Generation: Hemingway and Fitzgerald, Paris, art, passion and a massive collective hangover after years of pointless slaughter seguing into a decade of apparent aimlessness, where creativity was the only antidote available to a creeping despair. Jake Barnes (Tyrone Power) is a product of all this, surrounded by artists and assorted dilettantes, wunderkinds and wasters. He is in some ways the most directionless of them all, a newspaperman who never returned home after the war and probably never will. The scars of conflict run deep in his case, rendering him impotent and thus consumed by apathy and resignation. He’s an observer of the hedonism and excess, central to it all by acquaintance yet peripheral by necessity. It’s through his eyes that the viewer sees the story unfold: first in the Parisian nightspots where he reacquaints himself with the aristocratic Lady Brett Ashley (Ava Gardner) – in his words, a drunk and a drifter – and just about tolerates the painfully self-aware Robert Cohn (Mel Ferrer); and then later in Pamplona for the fiesta, where Brett’s fiancé the dissipated Mike Campbell (Errol Flynn) meets up with them all. The whole thing amounts to a journey of discovery, where a group of desperate people are gradually force to confront the reality that, through ill-fortune or maybe just the vagaries of fate, none of them can ever hope to capture the love or personal fulfillment they yearn for. Yes, the sun will rise on another day but it’s a chill dawn that signals a world moving further away from their grasp.

The entire second act is played out during the height of the fiesta, with Mexican locations doubling for Pamplona. As the relationships become ever more tangled and the jealousies, flirtations and frustrations grow in intensity to match the progress of the fiesta the one constant in the background holding the group together is the Corrida. Hemingway was fascinated by bullfighting, writing Death in the Afternoon to address his passion for it. My own take on that aspect is that it was fueled, as were so many of his themes and concerns, by the reaction to those wartime years that left the characters of The Sun Also Rises adrift in the world. Much is made of the nobility and honesty of man confronting the overwhelming power of nature head on, of its spectacle and theatricality. It feels like an attempt to juxtapose this grand theater of death with the mindless mass slaughter he had experienced. It is as though his attitude to living and, maybe even more important in his case, dying is shaped by it; there appears to be a need to find some order and formality to it all and thus achieve some spiritual accommodation with himself and perhaps with the world in general.

As I said above, Hemingway expressed dissatisfaction with the adaptation, much to producer Darryl F Zanuck’s disgust, although it’s been suggested he may not even have seen it. Screenwriter Peter Viertel wasn’t happy with how it all turned out either, complaining about the decision to shoot in Mexico rather than Spain. Frankly, I don’t think that makes a lot of difference to the finished movie and it certainly isn’t something this viewer would count as a weakness. He also seems to have had some issues with the casting, but he’s not alone in that and it’s something I’ll come to later. Are there changes to what Hemingway had put down on paper thirty years before? Yes of course, but again my own feeling is that these aren’t of a magnitude to trouble me, and I think it’s necessary to come to terms with the fact that a shift to a different medium is always going to result in changes for a range of practical reasons. What’s important is to respect and appreciate a work on its own terms, not in relation to where it came from, not what we the audience feel it should be, not even what the original creator wanted. Ultimately, one can only evaluate the worth of a piece of art on the basis of what it is.

Henry King’s direction is as assured as ever, transitioning smoothly from  scene to scene and on into each distinct act. The CinemaScope image is well used by him in the scenes illustrating the crowded and bustling nature of the fiesta but what’s critical is his ability to maintain the required sense of intimacy when the main players interact – the bar and bistro scenes, the pivotal bedroom scenes where everyone retreats for rest but where personal revelations are made and souls are frequently bared, and of course the two key moments with Brett and Jake sharing the back seats of cars. Those are the moments where King’s lens brings the focus onto the principals, where they and their jumble of emotions dominate that big screen to the exclusion of all else.

As for the casting, I’ve seen comments before to the effect that the movie was miscast with a central group who were too old for the parts they were playing. This is undeniable and some of them look very shopworn indeed, although again I’ve never considered it a drawback. It’s been many years now since I read Hemingway’s novel but I do recall thinking that here were a collection of people whose youth had been stripped away by the horrors of combat, who had been forcibly aged beyond their years. Tyrone Power and Errol Flynn do look tired but their characters have been badly bruised by life so that’s not an issue as far as I’m concerned.

Power gets across the introversion, bitterness and only half concealed impatience of Jake, his surface affability appearing thin and brittle at times. Ava Gardner is fine too as the unfulfilled beauty, a woman who ought to have it all but who has fallen foul of a piece of rotten ill-fortune by loving the one man who cannot satisfy her needs. The substitutes she flits restlessly around are a disappointing selection: Mel Ferrer’s emotional immaturity and self-absorption is easy to despise and Errol Flynn’s decayed swashbuckler can only ever be a temporary  distraction. And it’s a superb performance by Flynn, a brutally honest portrayal of self-destruction. The sparkle is still there and the charm too but there’s a desperate sense of regret that can’t fail to touch one and I doubt the screen has ever seen a finer display of ragged dignity. Eddie Albert provides a happy-go-lucky prop for Flynn, and Juliette Greco, who just recently left us, is impressively insouciant in a small part. It seems that few people were keen on Robert Evans as the bullfighter who captivates Gardner, prompting Zanuck’s famous “the kid stays in the picture” remark. To be honest, I don’t think he adds a lot – he does have a certain gauche quality that is partially endearing but I’m not sure there’s the kind of magnetism about him that would give rise to an obsession in a character like Brett.

The Sun Also Rises has always looked strong on DVD; I had the old UK disc for many years and thought it looked fine but I was tempted to pick up the the Blu-ray over the summer when I noticed it going cheap.  Unsurprisingly, it looks even better in high definition and there are some nice supplements to add value, including a commentary track, an audio interview with Henry King,  a featurette on the making of the movie with contributions from Peter Viertel among others, and one on Hemingway adaptions in general.  All in all then, I feel that despite the reservations some have expressed regarding casting choices, locations, and changes from the original text, that the movie holds up well. If there are imperfections, and I’m not sure some of those are as damaging as they’re alleged to be, then that’s perhaps appropriate for a film about characters who are themselves less than perfect.