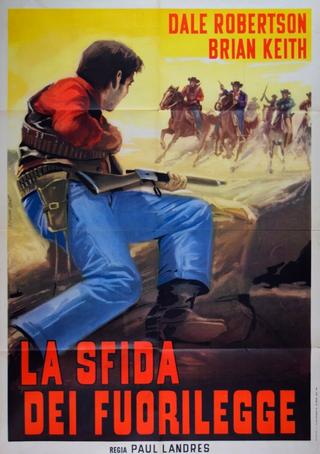 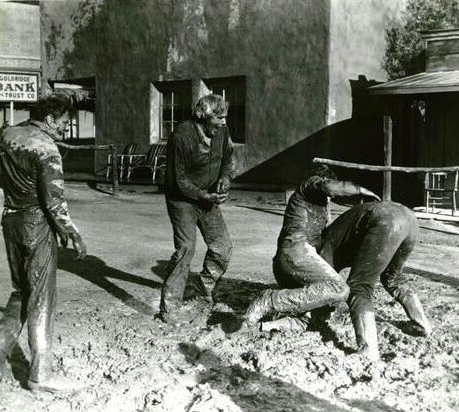 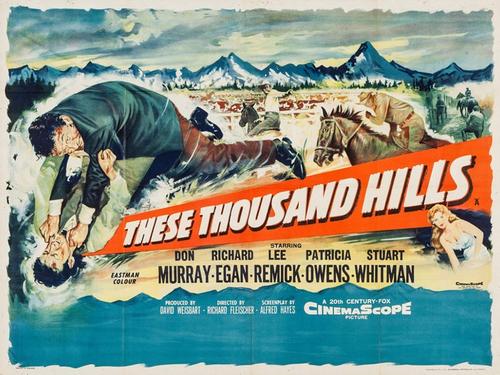 Innocent? Well, that depends on who the jury is. I’ll tell you a couple of things I ain’t guilty of. I ain’t prayed on Sunday. Bought cows cheap on Monday. I ain’t broke my word. I ain’t climbed up high on somebody else’s back or thought of myself better than another man. I ain’t double-crossed a friend or made a little tin god out of money. Sure, I’m innocent. I’m as innocent as you. Or ain’t you boys innocent?

Dreams, and loss, and discovery, these ideas amount to a fine framework around which to construct a drama. If they are not constants, then they are at least experiences common to all of us, situations which therefore resonate because of their universality. One could trace the course of many a life by following the line or arc punctuated and described by them, which is precisely what occurs over the hour and a half running time of These Thousand Hills (1959).

This is the story of Lat Evans (Don Murray), whom we first encounter signing on with  a cattle outfit and chafing at the bit to get ahead in the world. His is a poor background, and an unhappy one too, shaped by a father whose lack of professional success saw him turn to unbending religion and ruthless discipline. This has worked its way into the heart and soul of Lat, forging an inner steel that produces the kind of resilience necessary to rise in the world, but also encourages another colder hardness, the type that is capable of shattering the most intimate relationships. While Lat is without question the principle figure in the affair, those dreams and losses and discoveries I opened by speaking about also relate to others in the picture. Tom Ping (Stuart Whitman) is direct in his pursuit of a simple philosophy that life is for living, exuberant and reckless where Lat is driven and calculating, a man whose heart will always overrule his judgement. And finally, we have Callie (Lee Remick), a saloon girl possessed of a natural compassion and charity. Her love is of the simple and uncomplicated variety, and it founders on the rocks of sanctimony and abuse.

All that may sound like a rather grim business, and there’s certainly grief and tragedy on display. Nevertheless, those elements serves a purpose, without them the film’s central message about the triumph of the human spirit would be diminished. By the end of the 1950s the western had attained artistic synergy, a place where theme, story, and visuals all came together to form something splendid. Salvation and redemption are basic ingredients of all human endeavor, they are the prize sought by all and the way these movies integrated the concepts into their fabric with such subtlety remains one of their most enduring strengths. I haven’t read the A B Guthrie novel which this movie is  based on but the film Richard Fleischer directed and Alfred Hayes scripted is a fine piece of work. The Colorado locations are stunning at times and those magnificent vistas form a suitably epic backdrop for this tale of towering ambition and high ideals. Fleischer made some very good and visually striking movies in the 50’s, exploring all the possibilities afforded by the CinemaScope image and his use of rich, vibrant colors is immensely attractive.

The character of Lat Evans isn’t an easy one to portray on screen, requiring a maturing process to take place not only over a relatively short running time but in a fairly complex way too. It’s to Don Murray’s great credit that he manages to pull it off successfully, the shifting of his priorities and the corresponding drift of loyalties and allegiances never appears jarring or affected. What’s more, the nature of the man he plays is layered at all times – enthused yet reserved, ambitious and loyal while also prone to hypocrisy. When his moment of truth finally arrives and he heeds the voice of his own conscience, although arguably it’s a two stage affair, it’s never less than convincing. Stuart Whitman is also on good form as the flighty friend and turns in a performance of great charm. His best scene is the one where he shyly asks Lat to be best man at his wedding to saloon hostess Jen (Jean Willes), and he finds himself rebuffed by his friend’s puritanical propriety. His journey from confusion and hurt through to explicit anger is so well realized, and extremely effective.

There are two significant female roles, those played by Lee Remick and Patricia Owens. Remick got the plum part, that of the woman who loves Lat unconditionally and suffers the greatest indignities for her trouble. It’s her actions that set Lat on the initial path to success and, despite all she must bear, she is not only the one who triggers his ultimate redemption but proves herself to be his physical savior as well. Patricia Owens has a less sympathetic part; she comes over as somewhat spoiled and priggish, but there’s more to her character than that, which is made clear by the end. Richard Egan is at his callous and brutal best as the villainous Jehu. Cheating, conniving, provocative and sadistic, he uses his confidence and physical presence well and the build up to the final confrontation (shot amid the garish crimson decor of the saloon) has him sneering and positively dripping malignancy.  Among the supporting cast Albert Dekker and Royal Dano offer reassuringly recognizable faces.

These Thousand Hills was put out on DVD many years ago by Fox and it still looks strong and attractive – the studio was generally releasing a lot of exceptionally fine transfers back then – in crisp and colorful CinemaScope. I’m not aware of the movie ever having been released on Blu-ray anywhere and, given the ownership of the rights now, that does not seem likely to happen in the near future. As for the movie itself, I don’t believe those dreams mentioned above are fully realized by anyone while all of the main characters experience loss, and innocence is probably the chief casualty in this regard. Still, all of this is eclipsed by discovery and it applies to practically everyone involved, though most tellingly in the case of Lat. The epiphany he undergoes is what adds meaning, bears out the words of his old boss about nobody finishing up the same as they started out, and leaves the viewer with a sense of closure. The final year of the western’s greatest decade saw a number of superior movies produced (and this is true too across a range of genres if we’re being honest) and These Thousand Hills slots neatly in among them. I never cease to be impressed by the sheer richness of the western in these years and the apparently effortless artistry of those working within the genre. A superb film and highly recommended.