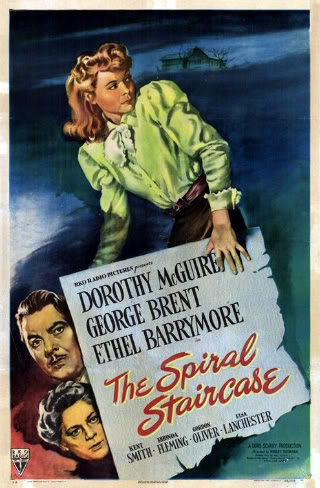 There are certain settings that immediately draw me to films, trains usually work work for me as do stories taking place in old, dark houses hiding even darker secrets. By happy coincidence, The Spiral Staircase (1945) derives from the pen of Ethel Lina White who also provided the source material for probably the finest example of a movie set aboard a train – The Lady Vanishes. I guess there’s something tremendously reassuring about watching a cast of characters in mortal danger in a spooky old mansion, lashed by fierce storms, for it’s a formula that’s been used again and again down through the years. The Spiral Staircase works very well as a gothic noir melodrama that’s strong on atmosphere. If it’s approached as a whodunit the effect is lessened considerably – the identity of the killer is pretty obvious right away – but I don’t believe it was ever conceived as such anyway.

Events unfold at some unspecified time in the early years of the 20th century in a small American town. A serial killer is busy in this close community, specialising in the dispatch of young women displaying some physical defect or imperfection. The film opens with one of these murders, a girl with a pronounced limp is done in while downstairs a crowd of townspeople sit in rapt attention at the screening of a silent movie. Among the audience is Helen (Dorothy McGuire), housemaid for a local well-to-do family. Helen’s enjoyment of the silent picture is maybe heightened by the fact that she herself lives in a world of silence – we later learn that Helen is a mute as a result of a childhood trauma. It doesn’t require any great leap of deductive reasoning to see that Helen is likely to feature highly on the killer’s list of potential victims. Indeed, shortly after arriving back at her employers’ creaking old mansion just as a storm of near biblical proportions is breaking that fact is confirmed. As Helen pauses on the landing to check her appearance in the mirror the camera zooms in on the eye of the killer as he watches her secretly. This provides one of the film’s creepiest moments as we see the girl from the deranged perspective of the murderer, her face reflected back from the mirror without a mouth. As I said, the identity of the villain is fairly easy to spot when we’ve been introduced to the various occupants of the house. The owner is a bed-ridden old battle-axe, Mrs Warren (Ethel Barrymore), who shares her home with her two sons (George Brent & Gordon Oliver) – the former a serious minded academic, the latter a wastrel playboy with a roving eye. The rest of the household is made up of a motley collection of servants, although the spectre of Mrs Warren’s late husband hangs heavily over them all. It’s this unseen figure who actually provides the motive for the villain’s urges and forms the basis for the cod psychological explanation that’s practically obligatory in thrillers of this period. The story plays out in fairly standard form, with the heroine’s danger and isolation increasing incrementally as the subsidiary characters are lured away or disposed of one by one. Still and all, the whole thing is done with considerable style, the suspense and atmosphere building steadily towards a satisfying conclusion. 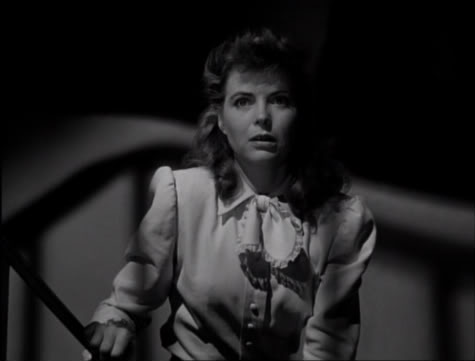 As far as the acting is concerned, The Spiral Staircase really belongs to the female cast – George Brent, Gordon Oliver and Kent Smith are all passable enough without being especially memorable – and Dorothy McGuire was excellent in conveying mounting fear and paranoia with nothing but facial expression and gestures at her disposal. Both Ethel Barrymore and Elsa Lanchester were inveterate scene stealers and never miss a trick when they’re on screen. Barrymore does tend to slice the ham a little thick on occasion but her scenes are immensely watchable and her verbal jousting with Sara Allgood, as her put upon nurse, is a pleasure in itself. Having said all that, the real star of the show is director Robert Siodmak who moves his camera around the elaborate sets with fluidity and makes optimum use of light and shadow. The climax, taking place largely on the rear staircase, constitutes a virtual checklist of noir motifs, from high and low angle shots through to the shadows of railings creating bars to pin the protagonists helplessly in place.

The UK DVD of The Spiral Staircase from Prism treats the film quite well. There’s good contrast and the image is reasonably clean and sharp with no damage to speak of. There’s a gallery included as well as text bios for members of the cast and crew. To me the movie represents an exercise in how to maintain suspense and atmosphere from a slightly predictable story. The combination of pleasing performances and Siodmak’s assured and professional direction adds up to a very enjoyable movie – it may not hold too many surprises but there’s a lot of fun to be had along the way.

4 thoughts on “The Spiral Staircase” 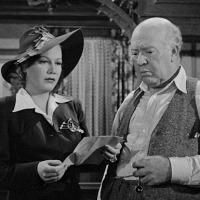 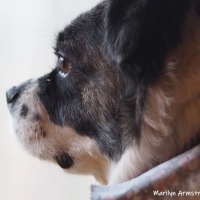