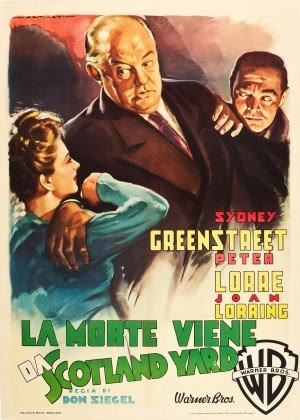 Some films just seem to work for me, to click if you like. They need not necessarily be movies of any extraordinary depth or have any abiding influence. The Verdict (1946) is one of these; it’s a small movie, a B picture really, but through a happy combination of elements it just checks most of the boxes for me. Firstly, there’s the setting: Victorian London as only Hollywood of the 1940s could depict it. Then there’s the fact that the plot revolves around a classic impossible crime, a locked room puzzle. And finally, a star pairing who worked so well and so memorably in tandem that they almost created a little sub-genre of their own. Mixing all these ingredients together results in a delightful little film that has no pretensions of greatness, that seeks only to entertain, and achieves that, not inconsiderable, goal admirably.

The opening is a first class piece of moody and atmospheric scene setting. The caption informs us that we’re in London in 1890, a dark and brooding place, as the camera tracks in to focus on Newgate prison, the last stop for many a condemned man. With the fog clinging to the gas street lamps and a bell solemnly tolling the hour of execution, the story’s protagonist looms into view. Superintendent Grodman (Sydney Greenstreet) is, quite literally, the big man in Scotland Yard. His lumbering bulk and sombre features speak of a man deeply contemplating his actions and his role in the world. Grodman’s latest investigation has drawn to a close and a convicted murderer is on his way to the gallows. Yet Grodman takes no pleasure in this, reflecting that success for a man in his position leaves only a bitter taste. In a sense, Grodman is condemned too, and we’re soon made aware of this paradox as the tale unfolds. Fate, circumstance and the pettiness of a rival have conspired to bring bout a dreadful miscarriage of justice. Grodman has sent an innocent man to the gallows. His professional disgrace is only one aspect of the matter though; a fine little montage succinctly sums up the guilt and paranoia Grodman suffers. Now settled into retirement, Grodman finds himself drawn back into his old life when a curious murder takes place in the boarding house opposite his own quarters. A reprehensible young man (Morton Lowry) had been found stabbed in his room under inexplicable circumstances: the door is locked from the inside and all the windows are sealed up. Grodman’s rival and successor at the Yard, Buckley (George Coulouris), is stumped and reluctantly calls on him for advice. Aside from the baffling mechanics of how the crime was committed, there are a clutch of fascinating suspects: Peter Lorre as an illustrator with a macabre sense of humour, Paul Cavanagh as a stiff-necked politician, June Lorring as Music Hall girl, and Rosalind Ivan’s hysterical housekeeper. Additionally, the possible motives for the murder form a complex web that encompasses jealousy, passion and blackmail. While Grodman strides in his stately manner through this labyrinth of suspicion, it emerges that history is in danger of repeating itself, with the possibility of another innocent victim being ground up by the wheels of blind justice.

The Verdict is adapted from The Big Bow Mystery by Israel Zangwill, one of the classic texts on the problem of the locked room – my thanks to Sergio of Tipping My Fedora for pointing out to me that this is available free as an e-book here & as an audiobook here. This particular form of impossible crime has been a staple of detective fiction for a long time, although its heyday was around the middle of the 20th century. At its best, the locked room problem depends more on the subtle art of misdirection than mechanical hoaxing. As such, this form of the detective story doesn’t always translate well to the screen and is generally far more effective in print. Still, I think Zangwill’s contribution to the canon does hit the mark and should succeed in confounding those not well-versed in this school of trickery. John Dickson Carr, the undisputed master of the locked room, also details the murder method used here in chapter 17 of The Three Coffins – the wonderful lecture on all things impossible delivered by Dr Fell – in case anyone wants spoilers without reading the Zangwill book.

The Verdict was Don Siegel’s first full length movie as director, although he had had extensive experience working in montage and the second unit in the years leading up to it. As a debut feature, it’s an impressive piece of work and demonstrates this was a talented individual with a future. While the film doesn’t bear much relation to what we might think of as a typical Siegel production, it does show that he already had a flair for visuals and pacing. The story is told economically, without unnecessary or tedious exposition, and maintains a consistent rhythm. With cameraman Ernest Haller making the most of the shadowy setups, Siegel uses a variety of interesting angles, dissolves and montage to keep things moving and strike the right tone. Aside from the excellent opening sequence, there’s a fine little section involving a late night exhumation that wouldn’t look out of place in a horror feature. The whole movie is a studio bound affair but, like the best B efforts, it turns this limitation to its advantage. The foggy London streets and mews where the action takes place may be no more than a Hollywood confection yet they have enormous charm, and the controlled environment leaves Siegel and Haller free to extract the maximum level of menace.

Peter Lorre and Sydney Greenstreet established a great on-screen partnership in the 1940s at Warner Brothers, earning themselves the nickname “The Laurel and Hardy of Crime”  – although that term seems to have been developed in retrospect. I remain of the opinion that The Mask of Dimitrios represents their best work together but The Verdict, their final collaboration, isn’t that far behind. Both these men had the knack of injecting a vein of comedy into their playing, of adding a human face to the menacing characters they so often portrayed. In this film, it’s Lorre who gets to indulge in a bit of sly black humour as the philandering cartoonist with a penchant for the gruesome. In contrast, Greenstreet cuts a much more tragic figure, his heavy features reflecting the regret and despair of his character. While Greenstreet’s huge physical presence, frequently emphasized by low angle shooting, dominates every frame he appears in, it’s the scenes he shares with Lorre that tend to be the most memorable. These two brought out the best in one another and seemed very comfortable working together. The main support came from George Coulouris, another actor who specialized in telling character roles, and he has just the right touch of venality as Buckley. In some ways he can be seen as the true villain of the piece, the blustering career cop whose inaction sets the whole affair in motion. Joan Lorring does fine as the blowsy entertainer who may know too much for her own good and ends up as one of Buckley’s chief suspects. Paul Cavanagh, who appeared in three Universal Sherlock Holmes films, has the ideal kind of patrician bearing for the part of the honour bound politician carrying around a guilty secret. Rosalind Ivan is essentially a caricature, a noisy, brittle busybody consumed by unfulfilled passion. The minor parts are filled by Morton Lowry as the slimy cad who becomes the murder victim and Arthur Shields playing yet another of his intense, tight-lipped clergymen.

The Verdict was made available on DVD in the US a while back through the Warner Archive. Additionally, the film has just recently been given a release on pressed disc by Sinister Films in Italy and that’s the edition I own. The transfer is pretty good, although there are plenty of minor speckles and blemishes on show. Some scenes are sharper than others but there’s no serious inconsistency or distraction either. The only extra on the disc is labeled as the theatrical trailer, but it’s actually the opening few minutes of the feature. The film is presented with three audio options: the original soundtrack and no subtitles, an Italian dub, or the original track with Italian subs. The movie is an excellent piece of entertainment, featuring fine central performances, atmospheric direction and an engrossing mystery story. It’s highly recommended for fans of Lorre and Greenstreet or those who like noirish thrillers. The fact that it features a classic locked room problem is an added bonus in my eyes, although those viewers especially familiar with that detective story variant shouldn’t have too much difficulty figuring out the method used.

10 thoughts on “The Verdict” 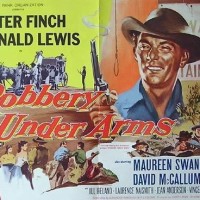 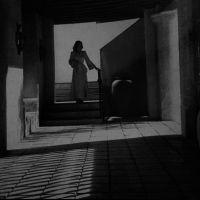 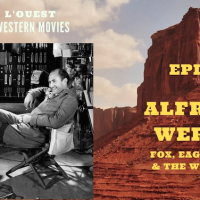 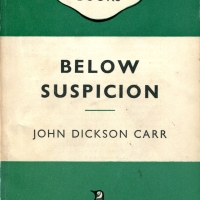 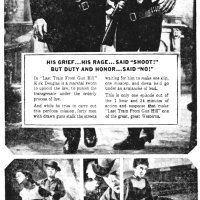