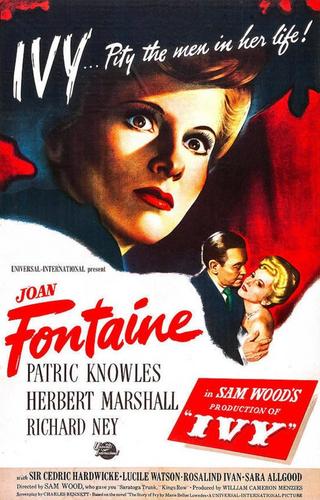 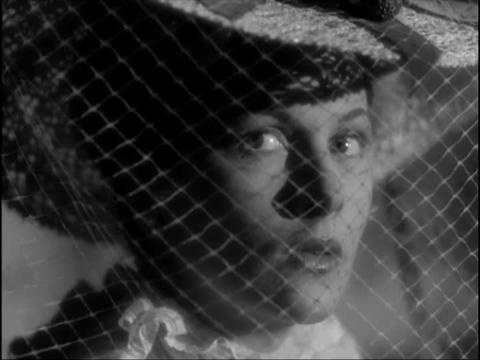 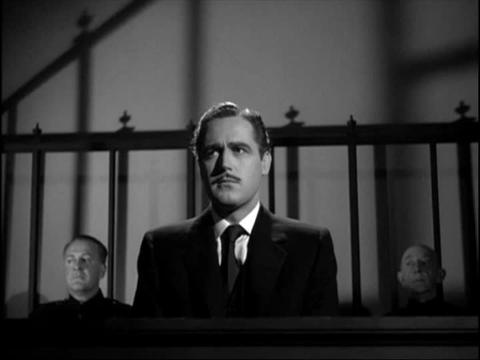 Mention cavalry films to anyone familiar with classic era movies, and westerns in particular, and the odds are they will immediately think of John Ford. Even so, most of those same fans will be aware of the fact that he certainly wasn’t the only one to spin tales of the men and women populating the isolated and dusty outposts of the frontier. The self-contained communities, the remoteness and the ever-present danger of these settings meant they were bursting with potential as backdrops for a wide range of dramatic developments. Ambush (1950), with its focus as much on the tensions simmering away within the fort as the threats of the hostile land around it, and of course the strong Irish presence among the horse soldiers, appears reminiscent of a Ford movie. And yet it’s a different creature at heart; the sentimentality and whimsy aren’t  there, and the sense of community is not as pronounced.

There’s a fine, tense opening which underlines the perilous situation. It’s Arizona and Apache chief Diablito (Charles Stevens) has broken out of the reservation and is raiding. The first shot of the movie reveals the aftermath of a massacre, broken bodies strewn across the landscape amid the smouldering remnants of wagons, the only sound being the cries of the retreating raiders. Up in the mountains Ward Kinsman (Robert Taylor), some time scout for the army, is busy packing away the gold he has been prospecting for, but stops abruptly when a startled bird rises suddenly from a copse of bushes. His caution is understandable since the smoke drifting off neighboring peaks indicates Diablito isn’t far away. Still, it’s something of a false alarm as the alien presence is actually only that of Holly (John McIntire), another scout who’s been sent to bring Kinsman back to base. While that in itself is far from plain sailing, it’s achieved in due course and main thread of the story becomes apparent. A young woman by the name of Ann Duverall (Arlene Dahl) has come west in the hopes of finding her sister who has been abducted by the Apache. Her family is army and so she the influence needed to have a party under the command of Captain Lorrison (John Hodiak) assigned to the task. It’s hoped that Kinsman can be persuaded to sign on as scout, thus his summons back to the fort at short notice. What follows is the attempts to trace and rescue the captive woman, complicated by two romantic subplots. The first is a fairly standard affair involving competition between Taylor and Hodiak for the affections of Dahl. The other is treated as a subsidiary, although I feel it’s much more interesting, and concerns the forbidden relationship between a young lieutenant (Don Taylor) and the abused wife (Jean Hagen) of an enlisted man.

Ambush was the last movie made by Sam Wood, he died before its release, and it’s a solid piece of work with some memorable sequences, well-handled pathos and a nice line in suspense. Cavalry westerns, especially those which spend any amount of time in and around a fort or outpost, have a tendency to become a touch episodic. That’s the case here, as the film digs into the lives of the characters and builds towards the final confrontation with Diablito’s Apaches. The plus side of this though is that the scenes in the fort have a tight shadowy atmosphere, a reflection perhaps of the restrictive nature of army life and its effects on the personal lives of the characters. ON the other hand, there’s also plenty of location work on view, with New Mexico standing in for Arizona, and the outdoor action scenes are very well shot. If I have a criticism, it would be that some of the romantic stuff revolving around Taylor, Dahl and Hodiak could have been cut. I see it as being used to emphasize the rivalry between the two men but it’s not really necessary, adds little and slows things down somewhat. Aside from that, the movie carries only a little fat and moves along at a nice clip.

Taylor had already tried his hand at westerns back in 1941 in Billy the Kid. At that time he was 30 years old and, although arguably too old to be playing Mr Bonney, he looked a little fresh-faced for the genre. By the time of Ambush the war years were behind him, he was rapidly closing in on 40 and had taken on the harder look that would serve him well throughout the coming decade. Aside from the slightly jaded toughness that make his scenes with Dahl more interesting, there’s a surprising level of vulnerability on show too. It’s not so often that you see films of the era allowing their leading man to take a good old-fashioned hiding, but that’s exactly what happens to Taylor’s character at one point when he challenges Hodiak’s by-the-book officer to a fight. And Hodiak is fine too in that inflexible role although, as I mentioned before, the contrived romantic rivalry over Ms Dahl is something of a pointless distraction. Dahl’s role was mainly about looking good and keeping her potential suitors on their toes, and she manages both tasks easily. The more complex female part was given to Jean Hagen, she doesn’t get to exhibit the glamor of Dahl but it’s her conflicted yet loyal woman who makes the bigger impression – both actresses were cast together again in the following year’s Barry Sullivan crime picture No Questions Asked. Lots of good support is provided by Don Taylor (as Hagen’s would-be lover), the ever-reliable John McIntire, Bruce Cowling (who would go on to play Wyatt Earp in the underrated Masterson of Kansas), Leon Ames and Ray Teal.

There are plenty of options for watching Ambush as there are DVDs available from the Warner Archive in the US, as well as editions on the market in Spain and Italy. I have the Spanish version, although I did own the Archive disc too in the past and the transfer looks identical to my eyes. It’s one of those unrestored prints – cue markers and the odd scratch on view – that’s in reasonable shape overall. It could use a clean up but it’s not the kind of title whose profile, or market potential, is likely to justify the expense that would entail. So, Ambush offers a strong cast, authentic locations and good visuals. Marguerite Roberts’ script, taken from a Luke Short novel, maybe should have trimmed some material from the mid-section but that’s not what we could term a fatal flaw by any means – it remains a well-made and entertaining western.