The minute you people smelled money, this town got an attack of larceny. I don’t blame it on Barrett; I blame it you. You’re supposed to be respectable. You talk about law and order; you’d sell out for a copper penny – any one of you. You’re robbin’ and stealin’ the same as he is, with your fifty dollar boots and your twelve dollar hotel rooms. If I was on this council, I couldn’t look in the mirror without vomiting!

Occasionally, there are films which I fully intend to feature but somehow they seem to slip through the net at the last moment. I’m not entirely sure why that happens as they’re rarely poor or unmemorable. For one reason or another they don’t get written up and I find my attention has moved on to something else. A good example of this is The Proud Ones (1956), although the fact this movie has cropped up in discussions and comments here a few times lately means it’s never been too far from my mind. As 50s westerns go The Proud Ones remains a pretty solid effort, using a fairly common town tamer storyline to look at a handful of people bound together by events from their pasts that can’t be shaken off, and also slipping in a few sly digs at the way progress and prosperity have a way of shepherding in the beginnings of moral decay.

Cass Silver (Robert Ryan) is one of those lawmen who moved from one hot spot to another, his latest port of call being the peaceful town of Flat Rock. However, Flat Rock is about to undergo something of a transformation as the arrival of the first cattle drive promises an upturn in economic fortunes, as well as the potential for increased lawlessness. Westerns tend to focus on the trouble stirred up by visiting cowboys eager to blow off some steam and cut loose after a long period in the saddle. In this case though the source of the problem isn’t the cowboys champing at the bit for whiskey and women; all the trouble that arises stems from the town itself, or its newest arrival anyway. “Honest” John Barrett (Robert Middleton) has just moved in and taken over the running of the saloon and the gambling tables. The thing is Barrett is a sharp operator, not averse to using hired guns and crooked dealers, and he has a bit of history with Silver. Both men locked horns in the past and the result was that Silver apparently ended up being run out of town. A further layer of pressure comes in the form of Thad Anderson (Jeffrey Hunter), another new arrival whose father was gunned down by Silver years before. While the marshal has to deal with the needling of Barrett and the alternating hostility and confusion of Thad, he’s faced with an altogether more serious danger. A man in such a position needs the full use of all his faculties at the best of times, but Silver comes to the sobering realization that he may be in danger of losing his sight just as matters are coming to a head.

I’ll have to admit that I’m not very familiar with a lot of director Robert D Webb’s work – apart from the neglected White Feather and the less satisfactory Seven Cities of Gold – but what I have seen indicates that he had a good eye for wide scope compositions. The wide screen tends to work best with films that are heavily dependent on the use of landscape – movies featuring a significant amount of location shooting. Arguably, films which contain a lot of interior shots, as is the case with this production, require greater care if they’re photographed in scope. An overeager or lesser director might  succumb to the temptation to pack out the frame with too many characters and movement, throwing the composition out of kilter and muddling the focus. It’s to Webb’s credit, no doubt aided by having Lucien Ballard as cameraman, that he resisted those temptations and went for clarity instead. Many scenes take place in Silver’s office/jail, and the wide frame is expertly used to highlight the character interaction of the principals whilst also drawing attention to the little gestures and reactions of the peripheral figures. Lionel Newman is the credited composer and the melancholy whistling theme is an understated and ideal accompaniment for the action on the screen.

I’m a big fan of Robert Ryan, a subtle actor of great depth and range who seemed equally at home in both westerns and film noir. A quick look through his credits for the 40s and 50s makes for impressive reading, with hardly a bad performance on view despite the variable quality of some of the projects he was involved in. The Proud Ones offered Ryan the opportunity to play a man whose outward toughness masks the uncertainties and regrets he really feels. His character’s back story is filled in gradually as we go along and, together with the failing eyesight angle, helps to build audience sympathy. Ryan also managed a good rapport, in contrasting ways, with both Jeffrey Hunter and Robert Middleton. While I’m not sure the relationship between Ryan and Hunter quite works, I wouldn’t lay the blame at the door of the actors. I reckon Hunter was and is criminally underrated and tends to get dismissed as a pretty boy who brought little of substance to his roles. Frankly, I don’t go along with that and find him more than satisfactory in most films – I’d go so far as to say he was excellent in Nicholas Ray’s The True Story of Jesse James for example –  succeeding in getting across the sense of confusion of his character here. Middleton was a versatile character actor, but always made an especially effective heavy. He brings a nice sense of smugness to his role that provides the necessary counterweight to Ryan’s edginess. There’s also a hint, never fully explored, that both Middleton and Ryan were former rivals for the affections of Virginia Mayo. Whilst Mayo gets a more fully developed character to work with here than was often the case, she seems to put a little too much into her performance. This is understandable for an actress who was frequently handed thankless parts, but it does jar a bit. The supporting cast is long and noteworthy with Walter Brennan (slightly wasted as Ryan’s laconic sidekick) and Arthur O’Connell as the distracted deputy heading it up. I mentioned the swipe the script takes at the greed and moral decline accompanying the financial boom, and the opening quote refers to that. Edward Platt and Whit Bissell catch the eye as representatives of the respectable citizenry easily corrupted by the promise of riches.

Fox released The Proud Ones on DVD in the US some years ago but it remains a very strong transfer. The disc offers the film in its correct anamorphic scope ratio on one side while the reverse has a (redundant) pan and scan version. Color and detail are well rendered and the print used is very clean and practically undamaged. Extra features are limited to a handful of trailers. I don’t think Robert Ryan ever made a poor western and The Proud Ones, even though it may not be among his best known pictures, is a fairly strong effort. One could say it’s a generic 50s western and while it’s hard to argue with that assessment it shouldn’t be taken as a criticism either. I feel Mayo overcooks it a little and the central dynamic between Ryan and Hunter could have been improved by the writers. Still, despite these few quibbles, the movie does work when taken as a whole. I’d call it a solid, above average example of the genre.

P.S. – This is just one of those infrequent updates I’ll be adding to the site over the summer – full, normal service shall be resumed some time in September.

36 thoughts on “The Proud Ones” 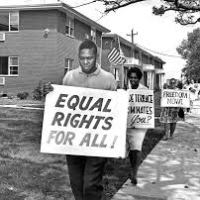 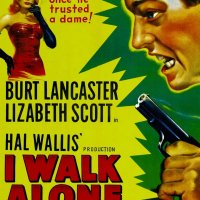