I wanted to pass this message on from Toby’s westerns site. It’s a shocking state of affairs to say the least, and all of us who care about the movie, or just the legacy of cinema in general, need to pass our feelings regarding this along to the studio.

It’s hard to believe that John Wayne’s The Alamo (1960) is in danger of being lost. What’s doing it in? First, the natural breakdown of its original film elements. Second, MGM’s lack of interest in saving it, even if the public helped pitch in to pay for it. (If there was ever a reason for Kickstarter to exist, this is it.)

Read Robert Harris’ report on the elements and MGM’s crappy attitude here. And if a letter-writing or Facebook-flodding campaign gets going, hop on it. 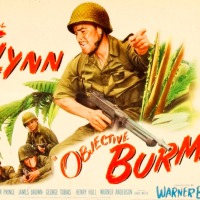