This isn’t a family. It’s just a bunch of people living at the same address.

Trends in cinema are constantly changing with genres rising and falling in popularity all the time. Despite that, the detective story has never really gone out of fashion, in the same way that the literary version stretching back to its earliest appearance in the works of Poe and Dickens remains consistently popular. Sure the style has altered over time, the snappy sophistication of the Van Dine and Queen influenced movies of the 30s giving way to the tougher hard-boiled dialect of the Hammett and Chandler adaptations of the 40s and so on. While the trappings and presentation may shift according to the mood of the times, the central figure of the detective is always with us. Whether these characters happen to be public servants or private investigators they are seekers after truth, and occasionally justice gets a look in too. By the 60s the gumshoe or shamus had passed through the period of post-war cynicism and, though some vestige of that weary attitude was still to be found, taken on an air of cool detachment. Under the circumstances, it’s hard to think of a better choice than Frank Sinatra to play the title character in Tony Rome (1967), a private eye yarn retaining most of the familiar motifs of the sub-genre and blending them into the more permissive atmosphere of the late 60s.

Tony Rome (Frank Sinatra) is a Miami based investigator, just about getting by, making enough to eat and pay off the gambling debts he’s fond of running up. A phone call from his ex-partner, Turpin (Robert J Wilke), lands him a job he’s not especially keen on but it doesn’t look like it’s going to require any great effort on his part either. A young woman (Sue Lyon) checked herself into the flea-pit hotel where Turpin is working as the house dick and promptly passed out under the influence of copious amounts of alcohol. Well so what? The thing is the hotel doesn’t need any further hassle from the law and the young lady just happens to be the daughter of Rudy Kosterman (Simon Oakland), an influential construction magnate. Rome stands to earn some easy money by simply delivering the tycoon’s daughter back home and ensuring no awkward questions are asked. Kosterman’s naturally happy to have the girl back but he’s also worried about her recent behavior – she’s been spending prolifically and it’s increasingly difficult for either her father or her incompetent milquetoast husband to control her. Firstly, Kosterman hires Rome to look into his daughter’s activities, then before he gets out of the door the millionaire’s wife (Gena Rowlands) wants to retain his services for an investigation of her own. When the motor launch that doubles as his home is ransacked by a couple of toughs convinced he must know the whereabouts of a jeweled pin the last thing he needs is another client. And yet that’s exactly what he gets the following morning as the Kosterman girl turns up and wants him to locate the jeweled pin (yes, that one) she mislaid in the course of her date with the whiskey bottle. Aside from the potential conflict of interests involved, an apparently straightforward assignment is beginning to turn into fairly complex mess. And that’s only the beginning; after Turpin turns up dead in Rome’s office the bodies start piling up with almost depressing regularity, threatening to sour his long-standing relationship with the police in the shape of Lieutenant Santini (Richard Conte), not to mention a potential relationship of another kind with divorcee Ann Archer (Jill St John). By the time the case is concluded Rome will lay bare the secrets the Kosterman family would prefer to keep under wraps – to reach that point he’ll have to pick his way through a maze peopled by a lesbian stripper, an effete drug pusher, a crooked jeweler and blackmailers.

This was the first of three crime movies director Gordon Douglas would make with Sinatra, the others being Lady in Cement (reprising the Tony Rome character) and The Detective. The latter is clearly the best and most layered of the trio, but Tony Rome is probably the most entertaining. The story derives from a Marvin H Albert novel – a writer whose work I’ve never read despite the fact I’ve seen a few movies now based on his books – and treads a fine line between glamor and seediness, intrigue and humor. Douglas, along with cameraman Joseph Biroc, makes the most of the Florida locations and there are some nicely composed setups (see above) which evoke the look and mood of the classic private eye movie. The plot does become pretty complicated but Douglas keeps the pace even and there’s enough incident to ensure interest never drifts. A good deal of the humor comes via the by-play between Sinatra and Jill St John; although there’s also a glorious, innuendo-laden interlude in Rome’s office, when a frumpy middle-aged woman tries to get him to look into the matter of her depressed pussy and see if he can make it smile again.

Sinatra was well cast as Rome, boozing, smoking and wisecracking his way around Miami and the Keys, mingling effortlessly with both high society and a range of lowlife characters. As a singer he was always capable of going from a buoyant cockiness to almost painful self-awareness, and he brings the same quality to his performance here. The smart, assured dialogue rolls of his tongue as he trades threats and jibes with equal ease, and yet there’s also the honest acceptance of his own weaknesses and failings as a human being. Recently, I’ve been chatting elsewhere about the nature of the detective in crime fiction/filmmaking, and I think Sinatra does well conveying the image of an imperfect but essentially honorable man surrounded by violence and deceit. Jill St John is fine too as the woman looking for a few laughs and finding herself regularly fobbed off as Rome’s investigation takes another interesting turn at just the wrong moment for her. The supporting cast is packed with familiar faces – Simon Oakland, Gena Rowlands, Robert J Wilke, an increasingly exasperated Richard Conte, Jeffrey Lynn, Lloyd Bochner, and cameos for boxer Rocky Graziano and restaurateur Mike Romanoff.

Tony Rome is a 20th Century Fox production and the DVD form that studio is very good – I have the UK box set containing the three Sinatra/Douglas crime films. The movie is presented in anamorphic scope and comes from a nice clean print, the colors are natural looking and I can’t say I’m aware of any significant damage. The movie itself is a good, solid detective story with a well-judged central performance by Sinatra. In fairness, it’s not the star’s best movie, not even his best with Douglas, but it is a good one, entertaining and engaging from beginning to end. It ought to be more than satisfactory for anyone into mysteries, detective stories or Sinatra. 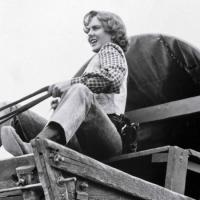 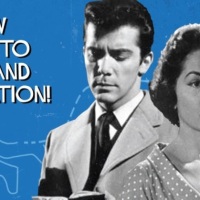 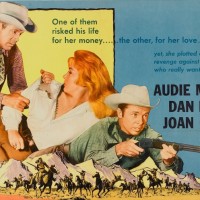