It’s been a while now since I tried my hand at compiling one of these lists. Having already covered western directors and stars, as well as noir stars (all of which can be found indexed under the Articles tab at the top of the page), I thought I’d try to round things out by taking a crack at noir directors. Once again it’s a wide field with a lot of runners, and it’s no easy task to narrow it down to ten individuals. I tried to focus on those directors I fell made the greatest contribution to the genre, be it through their innovation, their influence or their general affinity for noir. I haven’t tried to rank them in any particular order – just settling on those I wanted to include was tough enough.

In some ways I like to think of Fritz Lang as the father of film noir, the man who brought his expressionist background to bear on Hollywood from his arrival in the 30s and blended it into his dark masterpieces throughout the 40s and 50s. Pretty much every film he made in the US has a strong sense of noir, and there’s not really a bad one among them – even the weaker efforts have significant points of interest.

Another big favorite of mine, Siodmak worked on a whole variety of material before Phantom Lady set him off on the noir path. That was to initiate an incredibly strong run and resulted in his producing an enviable body of work by the end of the decade.

One of the subtlest directors ever to ply his trade in Hollywood, Tourneur came into his own as part of Val Lewton’s B unit at RKO. Those dreamy low-budget horror classics are packed with noir imagery and sensibility, and Tourneur carried that over into his work in such influential pieces as Out of the Past.

Best known today for his brooding and psychologically complex westerns in the 50s, Mann didn’t just chance on those elements. He started out working mainly on economical noir pictures, often with John Alton behind the camera, in the previous decade. While his westerns are, justifiably I think, more celebrated, his 40s film noir remains a major achievement.

A powerful director, Ray’s passionate and intense examination of outsiders spans a number of genres. but films like On Dangerous Ground and In a Lonely Place are among the best films noir produced. Watching his films can be an emotionally exhausting experience but deeply satisfying one too.

People may argue over whether Laura constitutes real film noir (for what it’s worth, I think it does) but there can be no question that Preminger made strong genre entries. A difficult man to work for by all accounts, his films with Dana Andrews and the sublime Angel Face, among others, mark him out as a prime mover in the world of dark cinema.

Even if Wilder had only ever made Double Indemnity he would still rate inclusion in this list as far as I’m concerned. Once you bear in mind he also made Ace in the Hole and Sunset Boulevard, and that his dramas and comedies frequently featured extremely dark subjects, I don’t think there can be any doubt he deserves his place here.

With Lewis The Big Combo and Gun Crazy are probably the standout titles, but they’re by no means the only worthwhile noir pictures he made. His sense of visual inventiveness is quite wonderful and I don’t think I’ve seen one of his movies yet where I wasn’t impressed by his pacing and use of the camera.

Only eight years elapsed between Brute Force and Rififi, but that period of time saw Dassin move from the US to the UK and then France, and the five films he made during those years make up a sold noir block on his  filmography.

A genuine in your face maverick, Fuller hit his noir stride with Pickup on South Street and would return to the genre sporadically into the mid-1960s. A director who was hard to pin down or pigeonhole, aside from the brashness of his filmmaking style, Fuller brought a real burst of energy to his noir pictures.

So those are my ten picks. I had to omit names like Orson Welles, Robert Aldrich, Henry Hathaway, Raoul Walsh, Carol Reed, Curtis Bernhardt and John Brahm to mention just a handful. I’m sure some will disagree with a few of my final choices, and I’d be pleased to hear which ones anyone feels ought to be replaced.

111 thoughts on “Ten of the Best – Noir Directors” 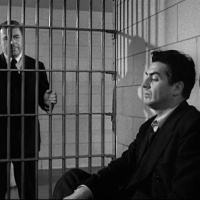 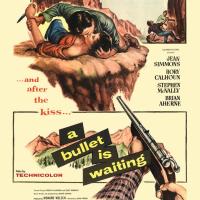 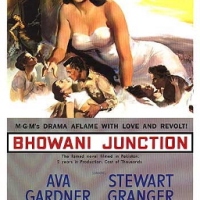 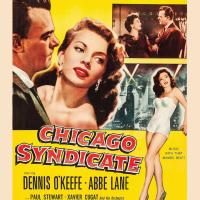 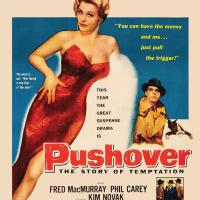 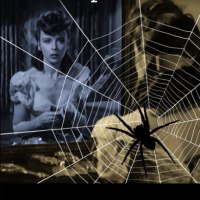 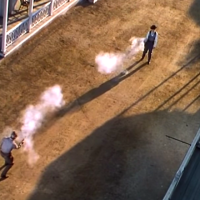