More British cinema, and more low budget British filmmaking to be exact. The fact is I’ve been watching a lot of this material lately and enjoying it immensely. Sure the quality varies and I’m not making any particular arguments in favor of raising whatever reputation these films may have. It’s simply a matter of immersing myself in the kind of pared down affairs which I frequently find myself drawn to. Wrong Number (1959) is without question a pretty slight work, a movie with a running time of around an hour and shot on a handful of sets. However, those aspects need not be seen as negatives as there’s plenty of pleasure to be derived from such modest fare.

Wrong Number is a heist movie, and that genre variant presents opportunities for drama at different stages – the planning, the execution and the aftermath. More ambitious films may choose to exploit all of those stages, but Wrong Number is aware of its limitations and satisfies itself by working within them. The focus here is the aftermath of the robbery, the earlier elements being only briefly addressed. In brief, a mail robbery has been planned by the outwardly respectable Dr Pole (Peter Elliott) and carried out by career crooks Max and Angelo (Barry Keegan & Peter Reynolds), although far from cleanly when the latter ends up clubbing an overzealous guard to death. If a potential murder rap isn’t bad enough, Angelo and his boss are also interested in the same woman, Maria (Lisa Gastoni). 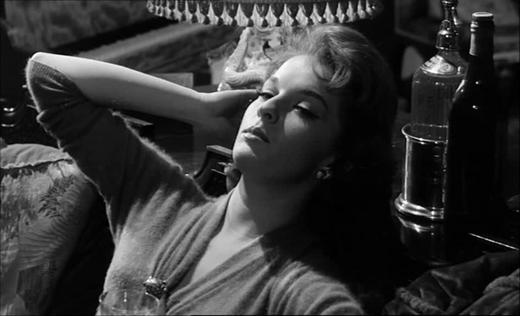 With the pressure and emotional temperature on the rise in the aftermath of the botched robbery, the titular wrong number begins to play its part. So, as the movie progresses, it alternates between a disloyalty among thieves drama and a slightly eccentric police procedural where a dippy Olive Sloane threatens the patience of investigating cop John Horsley. All of this probably sounds like an incident-packed plot and there is enough in there to keep everything chugging along. Director Vernon Sewell was something of a specialist in low budget pictures, generally making entertaining if sometimes lightweight pictures alongside some more affecting work like Strongroom.

Wrong Number was a Merton Park production and that company made some terrific features and short films throughout the 50s and 60s, not the least of which were the long running series of Edgar Wallace mysteries. There are a number of faces present who ought to be familiar to those who know British cinema even if the names may not be so readily recalled. I think it’s safe to say Irish-Italian actress Lisa Gastoni is the main attraction in this one, and she’s both comfortable on screen and easy on the eye. Actually, the women get the most interesting parts in Wrong Number, with Olive Sloane also making the most of her part as the comical busybody who holds the key to everything.

Once again I find myself looking at one of Network’s sparse yet impressive DVD releases. Wrong Number is a small picture, a true B movie, but professionally made and Network provide a suitably professional presentation – widescreen and a nice, clean print. The DVD offers just the movie but that’s fair enough given the fine transfer and the nature of the film.