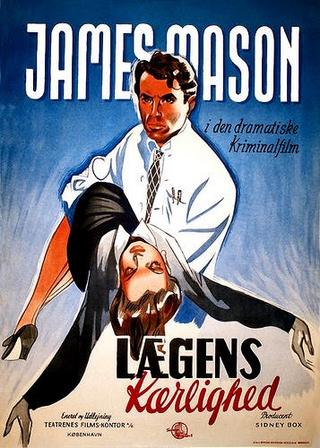 The last few entries here have focused firmly on smaller scale, low budget British movies, those with a certain modesty in terms of both production values and artistic aim. Now that’s not meant as a criticism as I feel the films are quite successful judged on the terms which their makers defined for them. Today though, I want to look at The Upturned Glass (1947), which I see as occupying a kind of middle ground – the ambitions of the main movers appear to have been slightly different, although the director is one we have mentioned here in relation to some of the more spare productions he would subsequently be involved in .

The film begins with a lecture, and for most of its 80 minute running time it essentially follows the form of a lecture. That lecture of narration is the work of a doctor, a man who tells his audience he will be recounting the story of one Michael Joyce (James Mason), although we viewers can see clearly from the outset that our narrator and his subject are one and the same. Initially, it appears to be primarily  tale of love which grows out of loneliness and a chance professional encounter. While this early section is vital in setting the scene and establishing motivations, it’s also the stuff of almost impossibly chaste romantic melodrama, painfully strained in its earnestness. However, the tone of the movie shifts all the time as the plot coils and unwinds ceaselessly, and we soon find ourselves firmly entrenched in noir territory, the shadowy world of moral uncertainty and fatalism. Joyce has been lifted out of his well-worn rut and given a glimpse of something unattainable, and now sees even that dream snatched away. The effects will be devastating for him and for those other figures playing their part in the slowly developing tragedy. 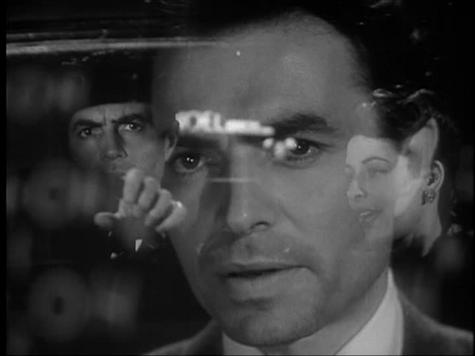 Style, theme and structure mark The Upturned Glass out as a genuine film noir – unfulfilled passion, crime in unexpected places, obsessive behavior, and a long flashback with accompanying narration are all active ingredients of this dark drama. The story came from John Monaghan and adapted for the screen by the writer in collaboration with Pamela Kellino, then the wife and ( in this picture) co-star of top-billed James Mason.  The name of director Lawrence Huntington came up in the course of some discussion here the other day and I’ll have to admit I’ve not seen a great deal of his work. That of course is one of the great benefits of the whole blogging business: getting some pointers and encouragement to explore further. I do have a few other movies by this director in my collection and both the recommendations of others and the pretty stylish work on display in The Upturned Glass makes me keen to delve a bit deeper into his catalog.

I believe The Upturned Glass was the last British film James Mason made before heading off to Hollywood and greater fame. I’ve always been a fan of his work, that unique combination of smooth polish and a hint of dangerous unpredictability led to many an interesting performance and it is ideal for the driven and obsessive character he was portraying here. Although Rosamund John played the main love interest, and did so perfectly adequately, Pamela Kellino had the meatier, much more interesting and emotionally involving role. It’s a superb bit of work; arch, shallow and self-serving, yet real enough to avoid caricature and, crucially, capable of eliciting some sympathy from the viewer and therefore adding another layer of complexity.In a small supporting role (and his last of significance before his death) Brefni O’Rorke is terrific as a cynical old GP with a caustic view of humanity in general and doctors in particular, and he gets to deliver some of the film’s sourest and most memorable lines.

The Upturned Glass was released on DVD some 10 years ago by MPI in the US as part of a package of three British thrillers (two early Michael Powell titles were also included) and it looks OK but it could probably be better served. All three films are on the same disc, which is never an ideal state of affairs. As far as I know, this movie hasn’t come out anywhere else since and I feel it is deserving of more critical appraisal and a stronger presentation. Well worth tracking down.

24 thoughts on “The Upturned Glass”