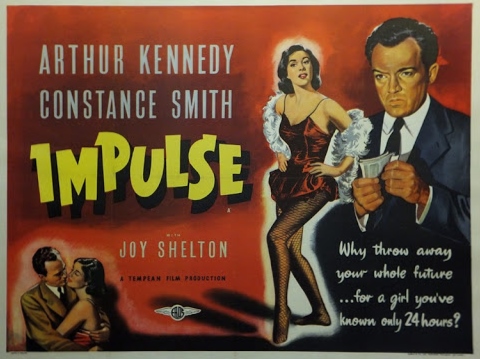 Billy Wilder made The Seven Year Itch in 1955. Twelve months before that, Cy Endfield’s Impulse had a moody Arthur Kennedy longing to scratch the 8 year variety in the UK – perhaps things developed at a more measured pace in Britain in those days, even dissatisfaction. That said, there’s nothing especially slow-moving about the film itself and it has that generally attractive vibe that I find in a lot of Tempean productions.

It all begins with a suitcase, that simple object that signals the beginning or end of a journey, hinting at romance and the tantalizing  promise of escape too. Here though any escape alluded to is of a slightly darker hue. Pretty much everybody in the movie is looking for an out, even those who only gradually come to realize it. Alan Curtis (Arthur Kennedy) is one of those types, an American who hasn’t made it back to the States after the war and has instead married an English girl (Joy Shelton) and settled down to a quiet life in the Shires. The trouble for our unlikely estate agent is that it’s become just a little too quiet, too ordered and altogether too predictable. His wife is off on a trip to town and even the car ride with her to the station reveals the restlessness that’s gnawing away at him; this is a man yearning for a taste of excitement once again, and such men are only a step or two away from trouble. Well that trouble will find him soon enough, a stormy night, a breakdown on a lonely stretch of road, and a glamorous woman in need of assistance is all it takes. That woman is Lila (Constance Smith), a night club chanteuse and the person who will not only lift Curtis out of the rut he’s been grouching about but send him spiraling into a nightmarish world of stolen gems, racketeers and sudden death. 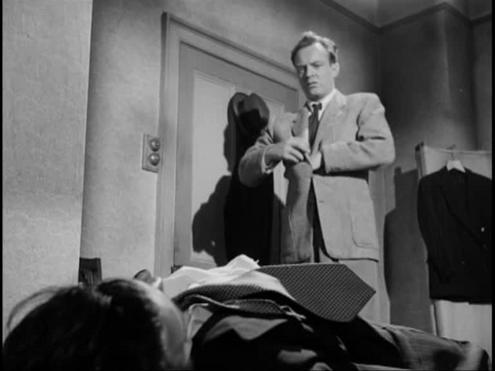 They say you ought to be careful what you wish for, well we all know the punchline to that one I guess. In a way that’s slightly reminiscent of Edward G Robinson’s bored professor in The Woman in the Window, Arthur Kennedy sees an apparently innocent flirtation lead to all kinds of unexpected and potentially ruinous consequences. The idea of an essentially average type stumbling into an increasingly dangerous and bewildering set of circumstances, with  salvation forever near yet forever dancing back into the shadows with a provocatively ironic laugh every time the poor sap is on the point of grasping hold of it, is such an archetypally noir setup. The screenplay is by director Cy Endfield (although the on screen credit reads Charles de Lautour) and Lawrence Huntington (The Upturned Glass), and the protagonist’s lurch into a twilight world is plausible enough, although noir purists may feel they drop the ball at the end. Personally, I’m not troubled by that aspect and prefer to look at the whole thing as an ethical fable, a warning for the curious if you like, where where it isn’t necessary to take matters to full on Scarlet Street extremes.

Constance Smith’s career was heading towards an abrupt halt at this stage, and indeed her life would take on a distinctly noir shading in the years to come, but none of that is in evidence on the screen. She turns in a good performance as the singer with secrets, and it’s easy to believe in anyone succumbing to her appeal; it’s a confident piece of work, combining humor, sexiness and just a hint of desperation at a couple of key moments. Kennedy is fine too and taps into a nice line in disenchantment, and he’s capable of grit and toughness when the script requires. The focus remains firmly on the two leads, which is fine as it lends a touch of intimacy to the story. Jack Allen provides solid support as Kennedy’s business partner and friend. Joy Shelton doesn’t get a lot to do, which is a pity as I think a little more development of her character might have added a layer of complexity to the drama. Cyril Chamberlain will be an immediately recognizable face to anyone familiar with British films of this era and he pops up here as a persistent henchman. I don’t think I’m straying too far into spoiler territory here if I say that the main villain is played, with suitable oiliness, by James Carney. Impulse was his last role and it appears he died the following year from gunshot wounds (if IMDb is to be believed) but I’ve not been able to learn anything else beyond that. 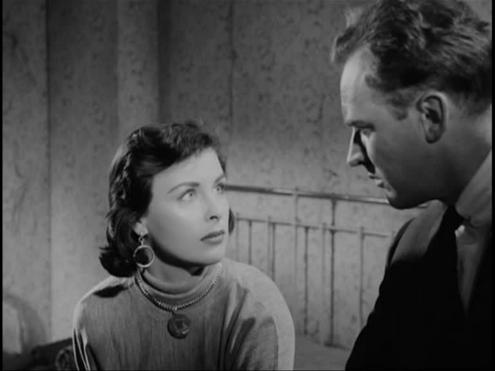 Impulse probably isn’t the most readily available title, in all honesty. It can be found in Renown’s Crime Collection Vol.2, and it’s in fairly good shape overall – I imagine it pops up from time to time in the UK on TPTV so that’s maybe another option. I have a bit of a soft spot for the output of Robert S Baker and Monty Berman’s Tempean Films, an outfit which may not have produced any especially great movies,  but made a lot of entertaining ones nonetheless. The sheer number of crime/noir movies made in Britain in the post-war years is staggering and while some of them are eminently forgettable, there are plenty offering a good deal of viewing pleasure, either in spite or because of their modesty. Impulse is relatively obscure but well worth a look for fans of the director or the stars.