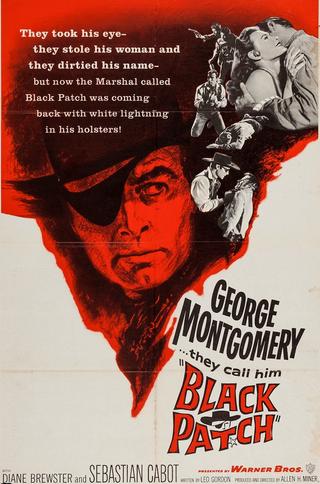 Admittedly, I’m not entirely sure how appropriate it is to talk of boundaries in relation to movies, especially if we’re  going to acknowledge that they are a form of artistic expression. Nevertheless, when it comes to assessing a movie, to applying some critical thought to what’s presented there on the screen,  it’s difficult to get away from the concept of boundaries. Watching Black Patch (1957) had me wondering about where, or indeed how, one goes about fixing the boundary between a work which is merely interesting and one which can be seen as successful. Black Patch fell into that  grey area for me, not failing but not quite working as well as one might hope either.

Low budget movies have to employ a little more creativity, or trickery if you want to take the cynical view, to work around the limited resources. This can operate in a movie’s favor if it’s handled effectively. Here the opening uses a simple technique to hook the viewer, having a dramatic event occur off screen. This narrative, and financial, economy arouses one’s curiosity over what just happened, instigating an itch that needs to be scratched. The event is later revealed to be a robbery, or its aftermath anyway, carried out by Hank Danner (Leo Gordon). Danner’s journey will take him to a small western settlement, typical in its closed character. There we see one of those cinematic coincidences appear – the town marshal Clay Morgan (George Montgomery) is an old acquaintance of Danner’s, with the additional complication that he was also once in love with the current Mrs Danner (Diane Brewster). At this point I thought I knew exactly where the story was heading, but to give the writer (that man Leo Gordon again) his due it veers off in a very different direction. To some extent the two old friends are pitted against one another but a further violent incident and a rather shocking death in the middle of the movie alters everything. Perhaps I’m being annoyingly vague or oblique here but I’d prefer people who haven’t seen the movie to come to this fresh. What I will say, however, is that this represents the point where I feel the movie becomes problematic. 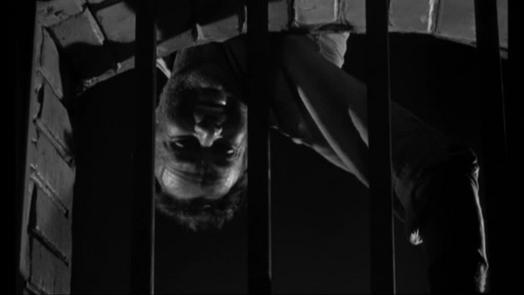 Now, when I say problematic I’m thinking of the script first and foremost. Gordon had set up a fascinating situation, a classic emotional triangle with a number of original touches to add freshness. However, for me anyway, the subsequent actions of the marshal and the young man (Tom Pittman) who plays an increasingly prominent role in the tale lack a certain logic. The marshal’s behavior regarding the stolen money feels entirely out of character and does not seem credible, neither in relation to what came before nor what follows. I can see how Gordon was casting around for a reason to bolster the growing hostility in town but it didn’t convince me at all. Then there’s the matter of the sudden transformation of Pittman’s callow youngster into  a dangerous gunslinger. Again, this is too abrupt and gave me the impression of a contrivance as opposed to a natural progression within the narrative framework. Others may well disagree but these shifts weakened the whole picture in my view.

So there’s there’s the boundary I spoke of at the beginning; a gear change in the writing that lacked smoothness and instead had that grinding and jarring effect that’s hard to ignore. That said, the movie is never less than interesting and I felt great satisfaction not only at the uplifting way the plot resolves itself but also at the filmmaker’s bold decision to show restraint and end it all at the natural climax rather than allow it to run on for no better reason than showing some frankly redundant gun play. I was impressed by how much value Allen H Miner was able to draw from limited resources when I viewed The Ride Back last year and his work here is every bit as stylish. It’s shot almost exclusively on the backlot and sets, and Edward Colman’s cinematography takes full advantage of that controlled environment to paint the kind of images that we tend to associate with film noir. What’s more, the movie has the distinction of featuring the debut score by Jerry Goldsmith. 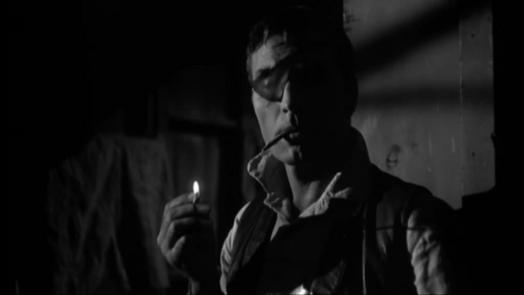 This was the second George Montgomery western I’d watched in close proximity and I had a better time overall with this one – the other, for the curious out there, was Robbers’ Roost but that’s a story for a different day. What I’ve seen of Montgomery’s work so far tends to bring out his easy charm, his solidity in a leading role. But Black Patch is different; he’s not playing a man at ease in any sense of the word, the self-conscious way he massages his eye-patch when alone or stressed is indicative of a man  made suddenly aware of his own frailty, and his shifty behavior when confronted with evidence of his friend’s wrongdoing is very nicely realized too. For all that, it’s clear throughout that his inner core is strong, his essential integrity uncompromised – the image of him sitting alone in the living room of his home as the rocks and taunts come through the window is a powerful one. Mind you, that brings me back to that inconsistency in the writing I mentioned above and which does not jibe with what we see of the man elsewhere.

Of the others, Leo Gordon gives a typically muscular performance. Tom Pittman comes into the movie much more in the second half and is fine at conveying the confusion and turmoil of a youth who suddenly finds himself fulfilling a role he had dreamed of yet is not at all prepared for. Diane Brewster is good enough as the woman at the center of the conflict but the part actually offers less than one might imagine. The striking Lynn Cartwright (Mrs Leo Gordon in real life) has a juicy little role as the mistress of the principal villain and suffers some appalling treatment at his hands. That villain is portrayed with bombastic, bullying relish by a harpsichord-playing Sebastian Cabot. Some other familiar faces making appearances are House Peters Jr, Strother Martin and Ned Glass.

Black Patch has been released on DVD in the US via the Warner Archive and there’s also a German version available. I think it was out in the UK years ago, but that may have been presented in the incorrect aspect ratio. So, as I stated at the top of this piece, I’m not sure this movie works as well as it might. I’m not convinced by aspects of the script yet the performances, cinematography, and a fine conclusion all give it a boost. It might not be a great movie but it’s never less than interesting.