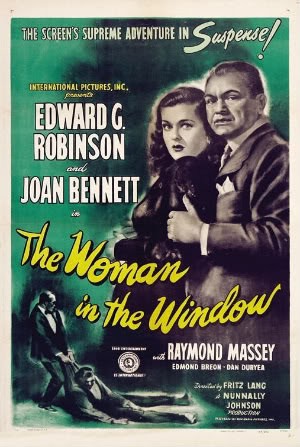 In many ways Fritz Lang’s The Woman in the Window (1944) plays like a dress rehearsal for his production of Scarlet Street the following year. Both films feature the same three stars – Edward G Robinson, Joan Bennett and Dan Duryea – and tell the story of a married, middle-aged man whose chance meeting with a young woman leads him into a vortex of murder, blackmail and ruin. However, where Scarlet Street is relentlessly grim, The Woman in the Window is a paler shade of noir – and not just because of its ending.

Richard Wanley (Robinson) is an assistant professor at a New York college whose wife and family have gone off on a trip, leaving him to his own devices. After an evening spent at his club with a couple of friends, including the District Attorney (Raymond Massey), he pauses on his way home to admire a portrait of a woman in the window of an adjacent art gallery. As he’s gazing through the window, the subject of the portrait, Alice Reed (Joan Bennett), appears by his side and, one thing leading to another, he ends back at her apartment. Up to this point everything seems innocent enough, but the abrupt and violent arrival of Reed’s lover sends the situation spiralling out of control. Although Wanley is left with no alternative but to kill his assailant out of self defence, he is also aware that his story is unlikely to be accepted and, even if it is, his life will be ruined. The solution – dump the body, destroy all the evidence and make like it never happened. Naturally, all of Wanley’s well laid plans start to unravel before his eyes as the police investigation starts to build up a body of forensic evidence that may soon cast suspicion on the hapless professor. The greatest danger, however, is posed by a shady ex-cop (Dan Duryea) with blackmail on his mind. The plot builds inexorably towards a suitably downbeat climax, yet this film has one last sting in its tail. I won’t spoil things for anyone who hasn’t seen this, but suffice to say that this ending has led some to question the noir credentials of the movie. Personally, I don’t share this view but I can see why it remains a bone of contention with some. 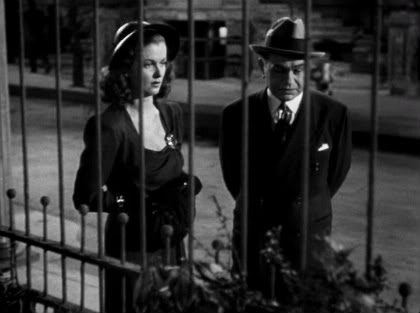 As I said above, The Woman in the Window comes off as a lighter form of noir than Scarlet Street, and a good deal of this, aside from the ending, comes down to the portrayal of the characters. It is much easier to sympathise with Robinson’s character here, somehow his decisions, while questionable, seem more understandable. Bennett, too, is much less repugnant than would be the case in Scarlet Street. She is clearly a kept woman and a femme fatale, in the sense that she leads the protagonist into a dangerous, doomed situation, yet her motives are neither malicious nor wholly selfish. It’s only Dan Duryea, in another trademark role as a smirking villain, who fails to endear himself to the audience. There was something about the man – I think it relates to the casually mocking note in his voice – that led to his being typecast in such parts. There’s lots of noir imagery on show with a good deal of the action taking place at night and on rainy city streets. One recurring motif throughout the film is the number of shots which follow events through a series of open doors, symbolising (I suppose) the characters’ deepening crisis. The more I watch and re-watch Lang’s American films, the higher he grows in my estimation – I’d definitely rank him up among my top five directors.

The film was released on DVD last summer, along with a few other noir titles, by MGM in R1. The disc is totally barebones but the transfer is very good, maybe a little soft. There is a R2 available from Spain (I’m not sure about other countries) which, despite an English soundtrack and removable subs, is nowhere near this in terms of picture quality – fortunately, I managed to offload my copy on a friend who remains stubbornly locked into region two. If you’re a fan of noir or Lang then the R1 is the way to go, and I have no hesitation in recommending the movie.

3 thoughts on “The Woman in the Window” 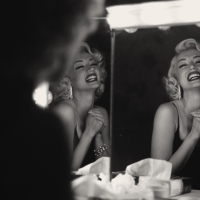 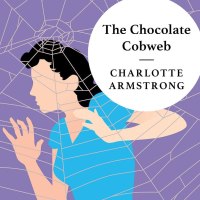 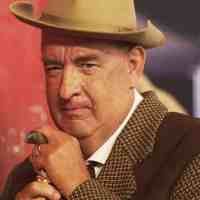 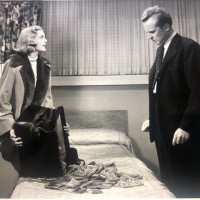 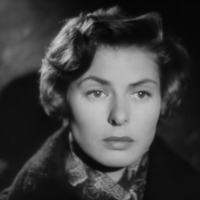