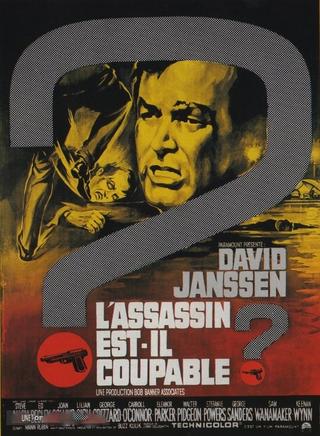 As a fan of film noir, I’m always a little saddened to think  of how it gradually faded from cinema screens. Then again, that very briefness is part of its allure, those two decades or thereabouts of slipping in and out of virtual and literal shadows, of exploring the moral ambiguities of life. Of course, the point is that it did fade as opposed to completely disappearing – it never really went away (arguably the themes have a timeless universality which precludes that possibility) and by the 1970s we were simultaneously reassessing the phenomena and witnessing the resurgence of what would come to be termed neo-noir.  This leaves us with a type of cultural no-man’s land between these two eras, one which is often a fascinating place to take a spin around. A lot of people will tell you that the classic period of film noir drew to a close with Orson Welles’ Touch of Evil. As such, it seems somehow appropriate to look at Warning Shot (1967), based on another Whit Masterson pulp story, as an example of one of these linking works.

A stakeout in Los Angeles on a foggy night, two weary cops sat in their car hoping to get a line on a killer, and hoping just as hard to get relieved and head home to spend the evening like regular human beings.  One of them, Sergeant Valens (David Janssen), goes for another look around and calls out a warning to a figure he glimpses exiting the apartment complex under surveillance. The figure bolts, the cop gives chase, another warning, a gun is drawn, and one fatal shot is fired. As the body is hauled out of the swimming pool it plunged into, the alarming fact that the victim was a respected doctor is revealed, not to mention the more troubling fact that no gun is turned up. Here we have a standard noir setup, a guy we have seen acting according to the rules is about to come in for a roasting by the media and, with all the available evidence suggesting his guilt, he’s on the point of seeing the law he serves focus all its attention and resources on him. His unhappy personal life and, more significantly, his previous near fatal run in with a shooter conspire to further darken his character in the public perception. With his badge suspended and his departmental favors running out, Valens is left with only one realistic option – prove that the victim was something other than the blameless philanthropist he’s been portrayed as. 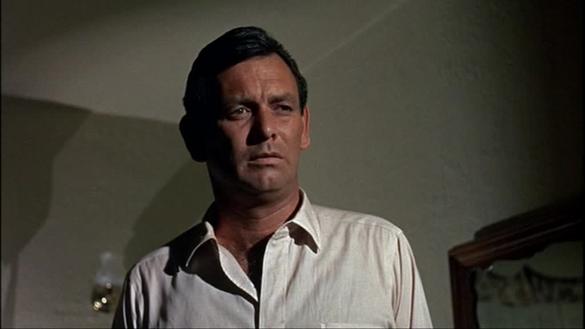 The first thing to grab one’s attention as the opening credits play is the depth of the cast. David Janssen, fresh off what I continue to believe was perhaps the finest TV show ever made – The Fugitive, takes the lead and he’s a good pick for the part of the fall-guy cop. Those years spent playing Richard Kimble stood him in good stead, honing his edgy self-awareness and that trademark cautious uncertainty had become second nature by this stage. Interestingly, Ed Begley, frequently cast as loud, hectoring and unpleasant types (12 Angry Men springs readily to mind here), is instead handed a more sympathetic part as Valens’ superior.

After that the list of names is impressive indeed: Eleanor Parker, George Sanders, Lillian Gish, Sam Wanamaker, Stefanie Powers, Keenan Wynn, Joan Collins, George Grizzard, Walter Pidgeon, Carroll O’Connor. And there we have both a strength and a weakness of this movie. Frankly, it’s natural to want to see as much of these people as possible yet it doesn’t work out that way. The bulk of these performers appear in what are essentially cameos – popping in to add another piece to the puzzle Valens is racing to solve and then dropping out as abruptly, leaving the viewer wishing so many of these roles could have been expanded just a little more.

If there was a glut of talent in front of the cameras, there wasn’t exactly a shortage behind them either. Buzz Kulik may not have had a huge number of cinema credits to  boast of but his television work was extensive and his name turns up on a succession of well-known shows, not the least of which is The Twilight Zone. Some names just naturally stand out and that’s surely the case with cinematographer Joseph Biroc, whose long career stretched right back to It’s a Wonderful Life and included work in every conceivable genre. The movie can at times take on a slightly flat, TV feel but I reckon it’s down to Biroc’s skill that it rises above this as often as not. The mood of the whole piece is further enhanced by a typically classy Jerry Goldsmith score. And while we’re on the subject of notable names, it would be extraordinarily remiss not to mention veteran costume designer Edith Head’s stylish contribution. 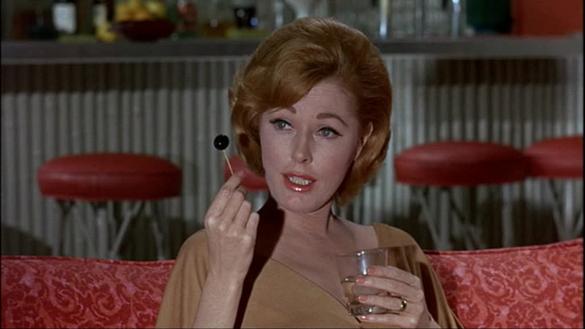 Warning Shot was released on DVD in the US by Paramount years ago but seems to have gone out of print and, consequently, risen in price. I have an Italian DVD which is completely English-friendly and looks very nice; it is bright and colorful with a tight and smooth widescreen picture and no print damage I was aware of.  In terms of story and mood, I reckon this movie bridges the gap between classic film noir and its soon to be rebooted cinematic progeny. That said, it’s a flawed production overall and the attempt to pack it out with familiar faces ends up hurting it more than helping it – the succession of brief interludes stimulate the appetite like a teaser for a much-anticipated movie but you wind up feeling slightly dissatisfied when you realize that’s all you’re going to get. Generally, it’s an entertaining thriller, taking a sidelong look at mid-late 60s society, rising above its limitations in some respects but, paradoxically, finding itself bound by some others of its own making in the process.