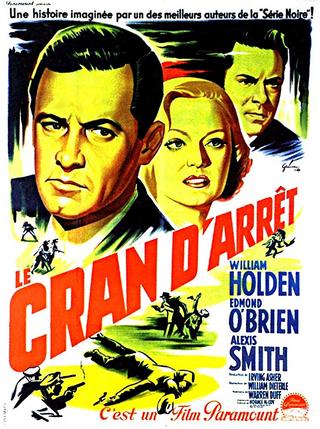 Organized crime, corruption and graft became increasingly common features of film noir as it moved into the 1950s. Those unattractive yet perennial problems seemed even less savory in a world just beginning to find its equilibrium again after the trauma and devastation of the war years. The desire to root out such rottenness, particularly after so many had sacrificed so much in pursuit of something finer, had the potential to provide powerful drama. Still, alongside this, it has to be acknowledged that there was a correspondingly strong chance of any movie going down this route declining into a dry, or even pompous, affair. The surest way to combat that unwelcome effect was to ramp up the human interest, to emphasize the personal angle while holding the preaching in check as far as possible. The Turning Point (1952) represents a broadly successful attempt to ensure this balance is achieved.

There is an especially nasty flavor to organized crime. It dresses itself up in a sneer, celebrates its own conceit and smirks at its own soullessness. It’s a crime without passion, an offense keen to court glamor yet one which leaves behind huge numbers of victims as it swaggers nonchalantly towards the next big score.  The Turning Point clearly acknowledges this as it follows prosecutor John Conroy (Edmond O’Brien) on his crusade against the mob in an unidentified Mid-West city (despite the fact the location work makes it abundantly clear the film was actually shot in Los Angeles). Superficially, there’s nothing new here and one might be forgiven for expecting another straightforward racket-busters yarn. However, there are elements introduced that muddy the ethical waters somewhat and thus raise the bar a few notches. To begin, there’s Jerry McKibbon (William Holden), the newspaperman whose friendship with Conroy will be tested both by his own inherent cynicism and his growing attraction to his friend’s girl (Alexis Smith). There’s the makings of an interesting moral dilemma shaping up there, but all this is somewhat overshadowed (although one could argue it’s also complemented) by the fact Conroy’s policeman father (Tom Tully) has secretly been in the pocket of the mob boss for some time. 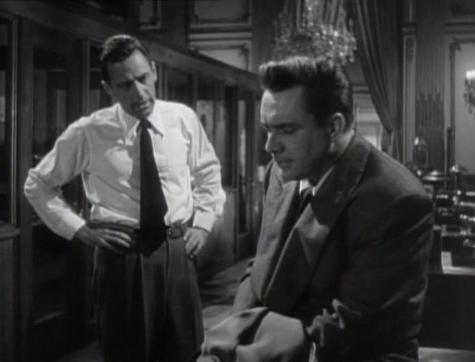 As I alluded to above, films based around the mob and/or those tasked with taking them down can become wearisome in their predictability. There’s a tendency perhaps to focus on the  tough cool of the knowing gangster, the high-living wiseguy who’s got society’s number and plays it mercilessly. Either that or the audience is placed in the shoes of the straight arrow agents of the law, and all the grey sanctimony that inevitably follows in the wake of that approach. There’s something refreshing about the way The Turning Point enthusiastically embraces the flaws in human nature – the use of the source material by Horace McCoy (They Shoot Horses, Don’t They?) can’t have hurt.  Nor can the smooth and sensitive direction of William Dieterle, yet another of those who brought their European filmmaking sensibility with them and thus enriched Hollywood in the studio era.

Good casting goes a long way, in my opinion. Both Holden and O’Brien play to their strengths, the latter projecting businesslike  solidity, while the former exudes worldly (indeed world-weary) charm. Crucially, neither one overcooks it or allows it to slide towards parody. Alexis Smith was both capable and beautiful, working on a number of good movies over the years but maybe too many middling ones kept her star from rising as high as it could have. Tom Tully had the pivotal of the compromised cop, one that needed to  be written and performed well if the story was to retain its credibility. Happily, both the actor and the writers seem to have grasped this fact and the emotional core holds up as a result. Good villains are also essential in such tales, and small but memorable appearances from Ted de Corsia, Neville Brand and Carolyn Jones help things along. Ed Begley, a champion of bluster and indignation, does well as the crime boss; the scene where he calmly orders the firebombing of an entire building just to protect his interests is chilling in its calculation, and also heartbreaking in the dispassionately filmed aftermath.

A fair bit time has been taken up on this site bemoaning the lack of attention given to certain Universal-International tiles. The same can certainly be said of Paramount material – while a fair bit has leaked out over the years, plenty more remains either unavailable for viewing or  only exists in inferior form. This is true of The Turning Point, a film which was once announced for release on Blu-ray but then pulled as the elements were said to be sub-standard. At present, there are DVDs to be had from Spain and Italy but the transfers are pretty weak by all accounts, and I have a hunch they may not advance much, if anything, on what can be found quite easily online. A pity really, and it would be great if a more visually appealing version could be found and put on the market.

14 thoughts on “The Turning Point”