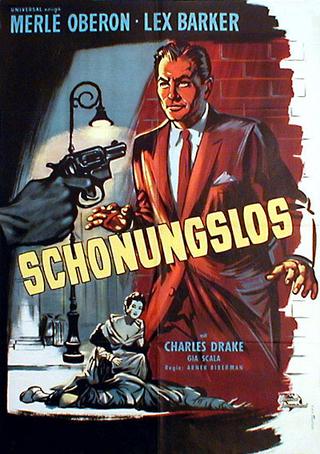 Hybrid movies, or those which blend and mix genres, can be fascinating when done well. When the recipe is a winner the results can be stimulating, the unexpected seasoning adding  freshness to even the most familiar servings. On the other hand, a poor choice of ingredients tends to produce something stodgy and rather bland. Sadly, I think that’s what happened with The Price of Fear (1956), a movie whose frankly generic title hoped to combine the fatalism of film noir and the soulfulness of melodrama, but it doesn’t really come off and, in spite of a few neat touches and smooth visuals, I came away from it feeling vaguely dissatisfied.

It opens in suitably noir fashion with dog track owner Dave Barrett (Lex Barker) finding out that his partner has sold his share in the business to mobster Frankie Edare (Warren Stevens), leading to the usual threats and recriminations. At about the same time financier Jessica Warren (Merle Oberon) is just leaving a night spot after an evening out. So, we have two strangers, the kind whose paths are unlikely to cross in the normal course of events. This is all about to change though for both when, to borrow a well-worn phrase, fate decides to put its finger upon them. In short, carelessness at the wheel sees Jessica run over an old gent out walking his dog, while Barrett has the misfortune not only to fall victim to a frame-up for the murder  of his ex-partner but then doubles up by stealing the hit and run vehicle while trying to duck out on a tail. Superficially, it’s  bad break for Barrett but an apparent stroke of luck for Jessica yet this is before their alibis get entangled with their passions, not to mention the relentless external pressure being applied by both the mob and the police. 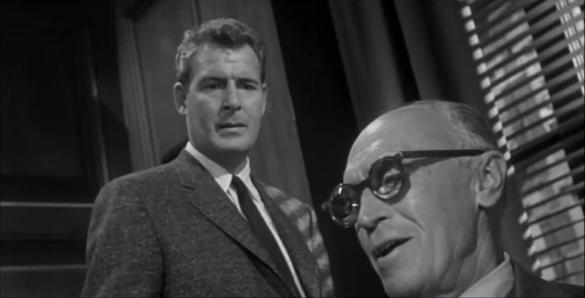 Abner Biberman started out as an actor, playing parts ranging from comic hoodlums to a whole raft of east Asian types, before graduating to the director’s chair. The bulk of his work was in television, working on a host of well-known shows including The Twilight Zone and The Fugitive, but he also took charge of a number of cinema features. I found his handling of Gun for a Coward, for example, to be solid if fairly unremarkable. I think the same could be said of The Price of Fear, where it all looks attractive enough with a the kind of glossy patina one would expect of a mid-50s Universal-International picture. Still, it never really grips or fully engages you; the script is altogether too languidly paced for my liking and expends far too much time and energy on a not very interesting romance while simultaneously failing to exploit the underlying tensions and also skimming over the potentially absorbing ethical conundrums at the core of the tale.

Overall, I’d say the performances could also be categorized similarly – fair to middling. I can’t say I’ve ever been all that excited by Merle Oberon, frequently finding her a little too distant and emotionally detached. Former Tarzan Lex Barker is another who I find perfectly watchable but not a major draw. I think he does better, at least as his part is written, but the fact remains there’s not a lot of chemistry between the two stars and the central relationship, upon which so much of the drama depends, feels rather flat as a consequence. Charles Drake is usually worth watching in those third-billed roles he made his own and he doesn’t disappoint as the cop in charge of the investigation and Barker’s friend. Unfortunately though, his is essentially a supporting part and the film needed more punch from above. The tragic Gia Scala does catch the eye in her first credited role but it’s underwritten and represents something of a missed opportunity as far as I’m concerned. Warren Stevens is generally a good bet as oily types of questionable morality and provides good value – of course he was doing some interesting work around this time in various genres, taking one of the major roles in the fabulous Forbidden Planet that same year. 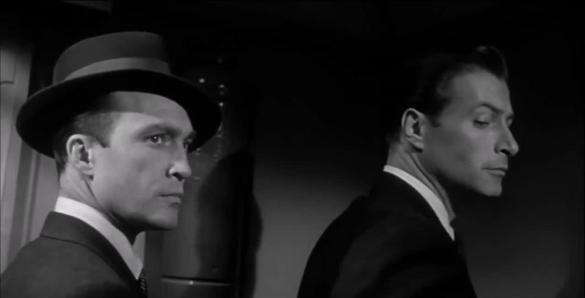 The Price of Fear is easy enough to track down for viewing. It was released in the US some years ago as part of a box set of noir-lite thrillers and then as (I think) a stand alone MOD disc. Additionally, there are Spanish and German DVDs available and there’s usually a very good quality online version to be found too. It’s an OK film, but hardly essential and, as I’ve mentioned on this site many times now, there are far better Universal titles that could be released yet remain frustratingly out of reach. All in all, it’s not an unpleasant way to pass an hour and quarter or thereabouts but don’t expect to be bowled over.

30 thoughts on “The Price of Fear”