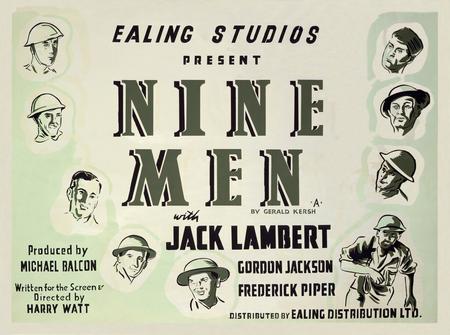 Last month, I was happy to host a guest post from contributor Gordon Gates, who also enjoyed the experience and expressed a desire to add some more on occasion. Seeing as he tends to focus on the kind of lesser known movies that I frequently enjoy but am not always familiar with, I’m delighted to offer him the space. This time he said I could choose between a number of (unnamed) options, and from those I went for the British war movie. So, read on…

During the Second World War pretty well all the countries involved put their film companies to work pumping out propaganda films. These would range from home front items to flag-wavers showing the various military arms at combat. This film is, in my opinion, one of the best productions to come out Britain during World War Two. Low budget for sure, but it is a winner. It is a neatly done film which uses service personnel in the roles.

This one starts with a Sergeant at a training barracks, Jack Lambert, telling the new recruits about a battle in North Africa he had been in. It is late 1941, Lambert along with eight others, are crossing the desert in a truck. The vehicle becomes bogged down in the deep sand. The men jump out to push. The truck is set upon by two German fighters who strafe the truck and men. Two of the men are wounded and the truck set alight.

The men manage to pull their weapons, a little ammo and a few canteens of water out of the blazing truck. The officer of the group is among the wounded. The section sergeant, Lambert, takes charge and they set off toward their lines carrying the two wounded. 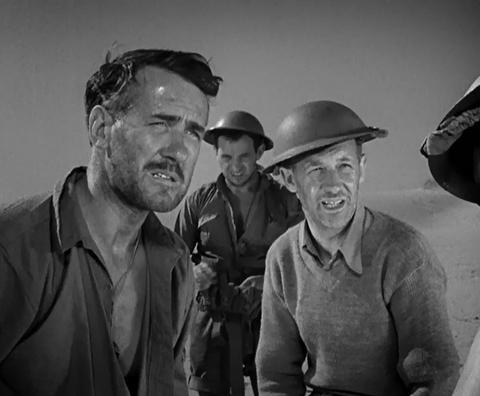 A vicious sand storm brews up and the group loses their bearings. They, however, stumble onto a small abandoned building and take shelter inside. The storm blows its self out by the next morning. The officer has died of his wounds during the night and the men bury him outside the building.

As the British prepare to move on, a group of Italians soldiers approach them out of the desert. The British open fire killing several and putting the others to flight. Lambert is not sure just how many Italians there are, and decides to hole up for a bit. The other wounded man has taken a bad turn and needs further rest. The men watch the dunes for any enemy movement. The Italians at the moment are quite happy just sniping at the British.

The Italians try a quick assault just before dark, but are shot to pieces by the British who are firing from cover. They then try to have a go during the night with a light armored car. The one Brit, Grant Sutherland, though is a wiz with the Boys anti-tank rifle they have. He puts a few .55 caliber rounds into the armored car, disabling same. Lambert sends off one of the men towards the British lines to fetch help. The Brits can see the Italians gathering in ever growing numbers.

The trick works and the Italians pull back. The Brits though are down to 4 or 5 rounds apiece. More Italians arrive and it looks like the end for Lambert and his group
Do the Brits stave off another attack? Or are they overwhelmed, killed or captured to become prisoners. Could perhaps the British arrive with reinforcements and save the day? 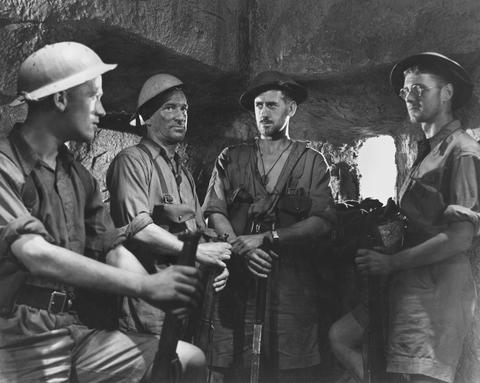 The director of this excellent film was Harry Watt. A former documentary film maker, (Target for Tonight) Watt keeps the pace even and shows a solid hand with the action sequences.

The lead, Jack Lambert, had a long film career being of screen from 1931 to 1975.
The film borrows some elements from the American film Sahara, which had used story ideas from the Soviet war film The Thirteen.
Most of the action was filmed at Margam Sands in Wales.
Gordon Gates