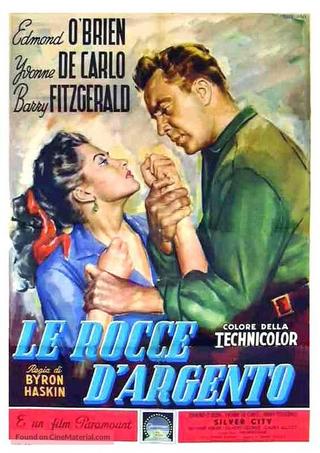 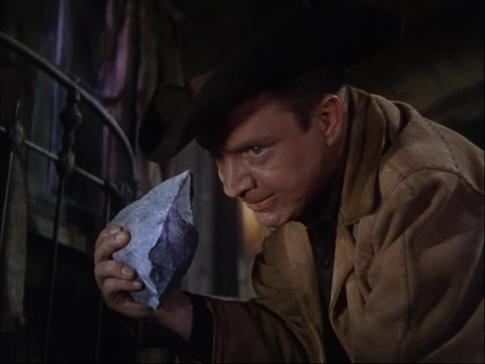 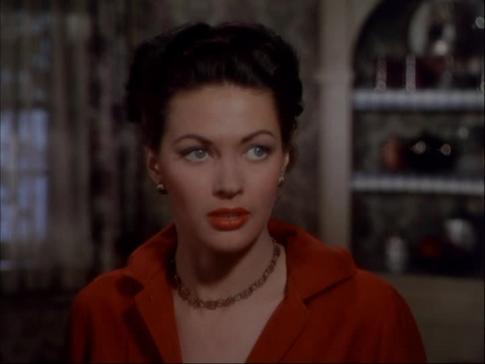 Some films can be difficult to classify satisfactorily, not there’s really any need for us to do so or for the film to accommodate our often arbitrary categories for that matter. Nevertheless, many of us do like  to be able to point to a given slot and pronounce that Film X has its natural home there. The Naked Jungle (1954) is one of those rarities where it’s hard to say with any degree of confidence what genre it belongs to. I guess the nearest is the broad and malleable section known as adventure. Still, that’s only part of it – it’s adventurous for sure, but there’s romance in there, some elements of fantasy, an early stab at the disaster movie, melodrama and, lurking just beneath the surface, a liberal dash of parody. Anyway, however one chooses to label it, it’s a lot of fun to watch.

The opening credits inform us that the time is the beginning of the 20th century, 1901 to be precise, and the location is South America, which covers a fair bit of ground. A boat chugging its way downriver is carrying one Joanna Leiningen (Eleanor Parker), a new bride married by proxy and on her way to meet her husband for the first time. An unusual arrangement, but then the entire first act is chock full of oddness and peculiarity. Christopher Leiningen (Charlton Heston) is a cocoa plantation owner and, as we are informed, lord and master of all he surveys in the virtual kingdom he has carved out of the jungle. He came to this far-flung place still a teenager and has spent the last 15 years working, building and fighting the ever encroaching jungle. It’s clear he has wealth, luxury and near absolute power, but he lacks a woman. What could be more natural then for such a man than to send for one. What arrives though is something of a surprise to him, not least for her evident beauty and accomplishment. If Leiningen believes there must therefore be something wrong with his newly acquired bride, it also becomes clear he has some failings himself. In his own words he knows nothing of women. Nothing at all. This is the basis for a good deal of overheated melodramatics, but only the forerunner  to the real consuming passion of the movie – the vast army of soldier ants swarming its way across a continent and devouring every living organism in its path.

Mention the name of producer George Pal to a film fan and most will automatically think of Sci-Fi, add in director Byron Haskin and The War of the Worlds should almost certainly spring to mind. Well The Naked Jungle isn’t Sci-Fi but the Man vs Nature plot does make  it a type of proto-disaster movie. And yet that element, while alluded to in the background with various dark mutterings about the unusual behavior of the native wildlife and the feeling that “something” is coming, only reaches fruition in fairly spectacular fashion in the last half hour or so. Until then, we get plenty of the melodrama referred to above. This kind of thing can be difficult to manage successfully, especially the prim Edwardian variety presented here, and exacerbated by the casting of that symbol of virility that was Charlton Heston as a virginal type bewildered by the earthiness of Eleanor Parker. Perhaps wisely, the script by Ranald MacDougall and Philip Yordan (fronting for the blacklisted Ben Maddow) takes a sidelong view of it all and offers up the kind of ripe and arch dialogue that is hugely enjoyable.

While Heston and Parker must surely have had a  fine old time trading wisecracks about the desirability of a well-played piano and the  like, there’s also ample opportunity for them to  literally get their hands dirty in the mud and, in Heston’s case, a very close encounter with the billions of hungry ants. You’ll never hear me complain about anything where William Conrad makes an appearance and it’s good to see him in a strong supporting role as a sympathetic government official. Familiar character actor John Dierkes is also a welcome sight as a villainous rival planter, and clearly enjoys the chance to make the most of the pulpy material.

So there you have it, The Naked Jungle is one of those films we could call a “guilty pleasure”, much as I dislike that term – if one enjoys something, I can never see what there is to feel guilty about. Frankly, I think it’s a grand piece of entertainment and while the old DVD looks mostly fine, I’d like to see how it looks in Hi-Def. Either way, it’s a fun movie that’s well worth checking out.