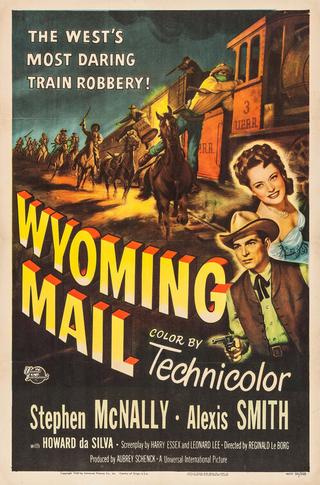 I reckon titles matter. I’ve commented before on how certain titles have grabbed my attention and were directly responsible for my watching those movies. I know, it’s somewhat similar to the old “don’t judge a book by its cover” adage and, momentarily at least, it does make me wonder whether I’m being shallow. If there are titles which can draw me in, the opposite is true to some extent as well and there are those which have actively discouraged me; I’m thinking here of long, cumbersome examples or the generally unappealing variety. This brings me to Wyoming Mail (1950), which is not so much an unattractive title as a terminally prosaic one. Perhaps I’m wrong about this, perhaps it’s just some personal prejudice of my own, but I cannot imagine that one getting too many people excited and keen to see the film. Frankly, I have to wonder what the marketing department at Universal-International were thinking of when this picture was being produced. That aside, let’s see how the movie itself plays out.

Yes, it’s a story about the mail. To be more specific, this is one of these westerns which adds undercover/spy trappings to a tale of the gradual expansion of civilization in the Old West. The train was pivotal in conquering the frontier, that iron road was the connection from ocean to ocean and allowed for the transport of people and goods almost everywhere at speed. And part of its function was to carry the mail. That’s where the story kicks in, pointing out how the railroad was following on from the early Pony Express and stage lines in this regard, and how it was simultaneously becoming the target of criminal gangs. So what we’re looking at is an exercise in infiltration, where government operative and former soldier turned prize-fighter Steve Davis (Stephen McNally) is tasked with heading west with the aim of tracking down the head of a gang of highly successful raiders. This quest will require his incarceration in the territorial prison, a stint in “the hole” and a subsequent breakout. All the time he’s burrowing ever deeper into the criminal network and picking up new threads to investigate, he’s continually switching identities and the prospect of betrayal is never far off. 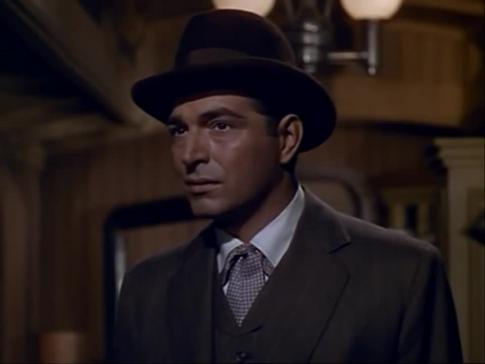 While that title is as forgettable as they come and the script, by Harry Essex and Leonard Lee, has no pretensions about offering anything of depth, the movie remains a hugely entertaining. This, I think, is largely down to the pacing and the amount of incident packed into a brisk 80 minute running time. From the opening minutes the story never lets up, barely pausing for breath as robberies, shootings, fights, double-dealing and a touch of romance sprint across the screen in a Technicolor delight shot through the lens of Russell Metty’s camera.

Director Reginald Le Borg is not someone I automatically think  of when westerns are being discussed. Although I do have a copy of War Drums somewhere, he’s most familiar to me for taking charge of a number of Lon Chaney Jr horrors, particularly a clutch of Inner Sanctum titles. I think the last movie of his that I watched was around the turn of the year when I enjoyed Vincent Price in an attractive looking piece of nonsense called Diary of a Madman. This is a handsome production as well and while I certainly wouldn’t like to refer to it as nonsense it is breezy and quite insubstantial. I’m not sure I can say much about Le Borg as a director beyond the fact he brought a welcome sense of urgency to the picture. 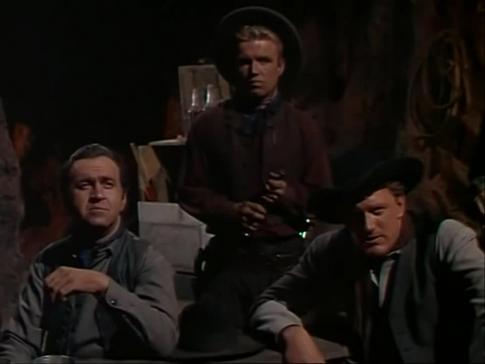 Having Russell Metty behind the camera is a big plus for any movie, but the other big selling point for Wyoming Mail is the cast. I like Stephen McNally a lot, he was one of those guys who was equally effective as hero or villain, in the lead or in support. He’s a good choice in this as the Easterner sent to smash the train robbers’ gang and his snappy, quick-talking assurance works a treat. The romance with Alexis Smith is mostly effective and enjoyable to watch, although I imagine it can’t have been much of a chore being asked to play a love scene opposite Ms Smith. One look at the cast ought to tell you you’re going to be in for a pretty entertaining experience. Just take a moment to read: Howard Da Silva, Ed Begley, Richard Jaeckel, James Arness, Richard Egan, Gene Evans, Frank Fenton, Whit Bissell. Granted some of the parts are small and the appearances fleeting but simply seeing these people on the screen is a pleasure in itself. Incidentally, McNally, Smith and Egan would appear together a few years later in Dick Powell’s enjoyable Split Second.

To the best of my knowledge, Wyoming Mail has only had one official DVD release anywhere. That was in France via Sidonis, and it’s one I haven’t bothered to pick up due to the tendency for that company to force subtitles. There aren’t too many Universal-International westerns that remain hard to access these days – unlike their crime and noir pictures – excepting those which seem to have problems with elements or prints in the incorrect aspect ratio. Anything I’ve seen of Wyoming Mail, which pops up online from time to time, suggests that the film is in good shape overall so it’s odd that it’s not been made more widely available. Mind you, I have a hunch the title can’t be helping in that respect…