The Glass Key (1942), from Dashiell Hammett’s novel, is a remake of of a 1935 picture. I have no idea how it compares since I’ve never seen the original, but this later movie does feature the trump card pairing of Alan Ladd and Veronica Lake in their second outing together. It came out hot on the heels of This Gun for Hire and cemented the screen partnership of the two leads.

Typical of its hardboiled, pulp source, the plot is a twisty and complex one with myriad interlocking strands. At its core, however, is the relationship between political kingmaker Paul Madvig (Brian Donlevy) and his assistant/minder Ed Beaumont (Alan Ladd). Madvig is one of those old-school, two-fisted ward bosses who’s made good and risen to a position of considerable influence. Beaumont hails from a similar background, although he displays a good deal more polish than his employer – or at least he’s learned the art of concealing his rough edges a little better. Madvig’s in the process of running a campaign to secure the election of a prominent blue blood, and simultaneously working his socks off to woo the the same gentleman’s daughter, Janet (Veronica Lake) – she’s got the hots for Beaumont though. However, this upper crust family has enough skeletons rattling around in the closet to fill up a good sized cemetery, not the least of which is a wastrel son who’s heavily in debt to the local mob. Now, this young man also happens to have a thing going on with Madvig’s kid sister (getting confused yet?), so when he turns up dead it’s no surprise who the finger of suspicion points to. To make matters worse, Madvig seems either unwilling or unable to do anything to clear himself. So, it falls to Beaumont to try and straighten out the tangled mess and get at the truth. Along the way the film casts a jaundiced eye over the inherently rotten nature of politics and those involved in it. It’s this examination of the filthy underbelly of outwardly respectable institutions and their corrupting influence, rather than the love triangle or the murder mystery, that mark The Glass Key out as film noir. The film also has a brutal edge that lends it a degree of authenticity – the savage and sustained beating handed out to Beaumont by the mob is genuinely uncomfortable to watch, and its aftermath is a tribute to the skill and creativity of the make-up department.

Maybe it’s just my impression, but Alan Ladd never seems to get the respect he deserves as an actor. There was nothing showy about him and it’s possible that his quiet restraint has been mistaken for a lack of ability. For me, it works very well though – especially in a role like that of Ed Beaumont. Ladd displays just the required degree of toughness when necessary and eases comfortably into a more relaxed mode in his scenes with Veronica Lake. It has to be said that Miss Lake was far from being the most expressive of actresses but this actually works to her advantage here. Her less than mobile features add the quality of ambiguity to her character that the script demands, and accentuate the arrogant condescension she feels for Madvig. Brian Donlevy was an excellent choice as the strutting, cocksure politico. He had the kind of natural dynamism that breathes life into the character of Madvig, and he was also capable of tapping into a sense of pathos that allows you to feel real sympathy for him in those moments when we see clearly the tolerant contempt with which he’s viewed by the supposedly respectable Henry family. Nevertheless, as was the case with the later The Blue Dahlia, William Bendix nearly steals the whole picture from beneath the noses of the principals. There’s a disconcerting whiff of the comedic about this menacing mob heavy; a bit like a psychotic teddy bear come to life. He comes across as one seriously sick puppy who positively relishes the hammering he metes out to Ladd and longs for an opportunity to do so again. Stuart Heisler’s direction is competent without ever being especially memorable but he has a good sense of pace and packs a lot of complicated plot into a fairly brisk running time. As with most hardboiled adaptations there’s plenty of snappy dialogue on show, and listening to some of the throwaway lines is half the pleasure. In the midst of pounding Alan Ladd into a nearly unrecognisable pulp, William Bendix and Eddie Marr break off to chow down on some steaks and the latter comments that: “My first wife was a second cook in a third rate joint on Fourth Street.”

The Glass Key came out on R2 DVD in the UK a few years ago from Universal. It’s a fairly typical Universal UK transfer in that it was just slapped on disc as is. There aren’t any major issues with the print save for the fact that it’s pretty grubby. Anyway, it is available and it’s cheap. For some unfathomable reason this film has never been given a release in R1 despite frequent requests from fans and, considering recent developments concerning Universal’s “vault” programme, it’s anybody’s guess what will happen now. The film itself remains a very enjoyable slice of early noir and should probably be regarded as an essential title. It doesn’t match up to that other famous Hammett adaptation, The Maltese Falcon, in terms of style or overall sourness but there’s still much to admire. As an aside, I couldn’t help noticing that the central relationship between Madvig and Beaumont (and their apparent falling out over a woman) bore more than a passing resemblance to that of Tom and Leo in the Coen Brothers’ great gangster/noir Miller’s Crossing.

3 thoughts on “The Glass Key” 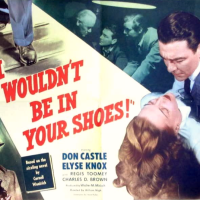 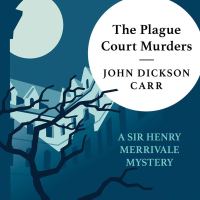 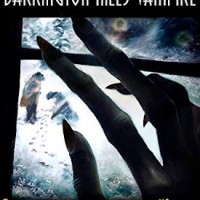