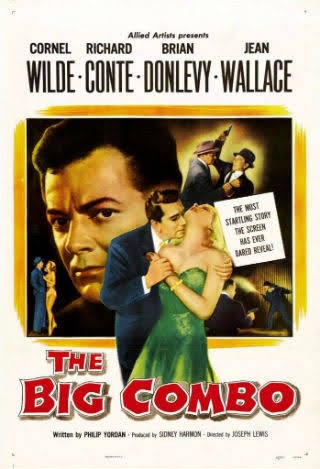 First is first and second is nobody.

As classic film noir moved into the 1950s, one noticeable change was the increased emphasis on stories involving mafiosi and various syndicates. If you consider that the movement was born out of changing moods and social circumstances in the US in the early 40s, then this shift is not altogether surprising. The whole issue of organized crime was back in the headlines and this concern seemed to have overtaken the more personal, individual angst that had dominated tales in the preceding decade. The Big Combo (1955) is based around such a premise, although it doesn’t really reveal any startling or particularly deep insights into the workings of the mob. But then that’s not the point of the movie, this being principally an examination of two obsessive men and the woman who stands between them; the fact that one is a cop and the other a mobster is mostly by the by.

Where more traditional crime sagas tend to chart the evolution of an investigation, The Big Combo eschews the slow build up and instead plunges right into the story at crisis point. The opening shot has a frantic Susan Lowell (Jean Wallace), long time companion of mob luminary Mr Brown (Richard Conte), running through the anonymous and shadowy corridors of a boxing venue. This woman is obviously in a highly emotional state, and it’s no real surprise to learn that she has tipped a bottle of pills down her throat in a desperate suicide bid. This draws in the third figure in the triangle at the heart of the movie, Lt Leonard Diamond (Cornel Wilde). Diamond’s a driven man, his expenditure of time and money in a quest to bring Brown to book has brought censure from his superiors. However, Diamond isn’t merely a crusader against crime in the conventional sense; his pursuit of Brown is closely linked to his interest in Susan. So, when news of her hospitalization filters through, Diamond naturally seeks her out. Matters are clearly coming to a head for all concerned, and the root lies in a name – Alicia – that Susan has realized carries some special meaning for Brown. Diamond’s appreciation of this fact affords him the leverage he needs to force the tiny crack in Brown’s armour into something more substantial and damaging. Even so, the path is by no means free of obstacles – after all, he’s got nothing more than a name to go on. Before Diamond can piece it all together he will have to see witnesses conveniently disappear, undergo torture himself and inadvertently allow his lover to be gunned down. All the while though, the focus remains firmly on the personal battle between Brown and Diamond, with the issue of the former’s crimes only acting as something of a blind. In reality, it’s a duel to the finish motivated by both men’s desire to possess Susan. 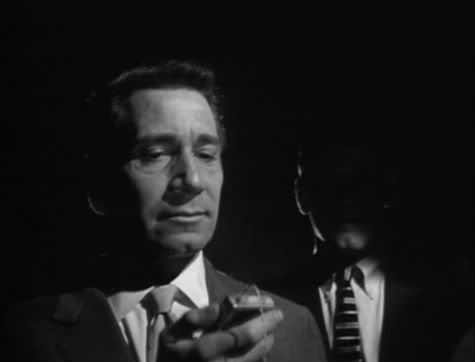 The final fade out has become one of the most iconic images in film noir, stills derived from it appearing in just about every book dealing with the subject. The two figures frozen in silhouette against a background of glowing fog seems to perfectly capture the look and the essence of noir. This ought not to be any surprise due to the fact The Big Combo was lit and shot by the legendary John Alton. Of course it’s not the only memorable moment, the film is littered with shots that are beautifully composed and realized. Alton and director Joseph H Lewis managed to both disguise and turn to their advantage the small budget they had available. The movie boasts a significant number of basic, stripped down sets, yet the director and cameraman artfully cover these deficiencies through the use of clever lighting and framing. Backgrounds tend to dissolve into inky blackness as the key lights pick out and draw attention to the characters. Alton’s take on the dramatic potential of darkness and light is neatly summed up in this extract from Painting with Light (MacMillan, 1949):

To realize the power of light and what it can do to the mind of the audience, visualize the following little scene: The room is dark. A strong streak of light sneaks in from the hall under the door. The sound of steps is heard. The shadows of two feet divide the light streak. A brief silence follows. There is suspense in the air. Who is it? What is going to happen? Is he going to ring the bell? Or just insert a key and try to come in? Another heavier shadow appears and blocks the light entirely. A dim hissing sound is heard, and as the shadow leaves, we see in the dim light a paper slip onto the carpet. The steps are heard again…This time they leave. A strong light appears once more and illuminates the note on the floor. We read it as the steps fade out in the distance. “It is ten o’clock. Please turn off your radio. The Manager.”

I’ve mentioned the climax in the airport hangar, but there’s another wonderfully judged moment that takes place at the same sparse location earlier on. I guess what follows constitutes a mild spoiler, so anyone reading this who hasn’t seen the film might want to skip over this part. Just as it appears Brown’s empire is crumbling, his subordinate McClure (Brian Donlevy) decides to step in and take advantage of the situation by having his boss assassinated. However, he miscalculates badly and finds the guns of the hitmen turned on him instead. McClure backs up against the wall, stricken with terror, but Brown assures him he doesn’t need to worry, he won’t hear the shots. McClure’s little nervous smile of relief is short-lived though. Brown jerks the hearing aid from McClure’s ear and steps away. The camera cuts to the gunmen and the now silent muzzle flashes of their tommy guns. Very simple and very effective. 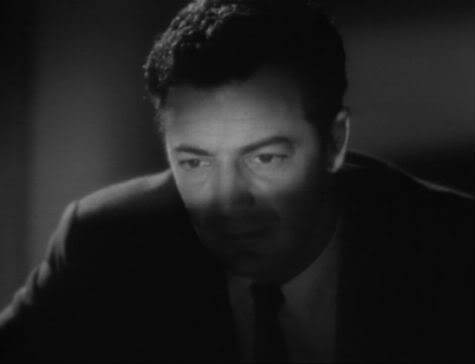 Richard Conte was a fine villain in a number of noir pictures, and Mr Brown must surely rank as one of his best roles. He is the absolute epitome of cool arrogance and sadism, wearing a permanent smirk as he raps out Philip Yordan’s slick dialogue. The casual insolence he injects into the delivery is like a contemptuous slap in the face to whoever happens to be on the receiving end. It’s this overwhelming self-assurance and disdain for everyone that ultimately leads to his downfall, but it’s masterfully built up. His first encounter with Wilde in the hospital corridor sets the tone right away; not only does he insult and belittle his nemesis but he does so through an intermediary, not even deigning to address such an inconsequential figure directly. Wilde, on the other hand, plays a repressed and frustrated character. His frustration is twofold: his sense of professional impotence at failing to nail Brown despite investing so much time, money and effort, and his inability to compete on equal terms for the affections of Susan. I thought Wilde carried this off well, his emotions seething just below the surface and only held in check by his dubious morality. He covets Brown’s woman yet is simultaneously repulsed by his knowledge that her purity has been tarnished by her association with the mobster. On top of that, there’s his vaguely puritanical priggishness (note his comment about suicide breaking God’s laws) which is contradicted by his on-off relationship with a showgirl. As the object of Wilde and Conte’s obsession, Jean Wallace didn’t come across so successfully. There’s a blank quality to her performance although, in fairness, that may be intentional as she’s clearly supposed to be a character near the end of her tether psychologically. Wallace was married to Wilde at the time, and it seems he was less than pleased at the infamous scene where Conte starts kissing her neck and then continues working his way down as the camera zooms in on Wallace’s face. This also raised concerns as it was pushing the limits of the production code of the time. When questioned about where Conte went as he descended from view, Joseph H Lewis replied: “How the hell do I know? What does an actor do when you move in on a close-up of someone else? Go sit down somewhere, I guess.” In addition to that, the movie also features a couple of hitmen (Lee Van Cleef & Earl Holliman) who, while it’s never explicitly stated, are clearly involved in a homosexual relationship – strong stuff for a 1955 production.

The Big Combo is one of those films which has been poorly served on DVD. Although none of the available editions are truly awful, they aren’t especially satisfying either. I understand the US release by Image may offer the best transfer but I don’t have that one to comment for sure. I used to own a weak Geneon disc which displayed a fair bit of combing and motion blur but replaced it with a Spanish release by Sogemedia/Regia. This disc doesn’t have the combing issues but it’s still only a low-medium grade transfer. The biggest problem is a general haziness and softness that dilutes the work of Lewis and Alton. I continue to cling onto the hope that someone, somewhere will see fit to release this great film with a restored image and in the correct aspect ratio. Leaving aside the less than stellar DVD presentations, I can’t praise the movie itself highly enough. The dialogue, plotting and photography are all pure noir, and the two strong central performances ensure it’s a film worth revisiting.

36 thoughts on “The Big Combo” 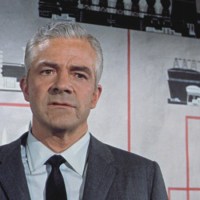 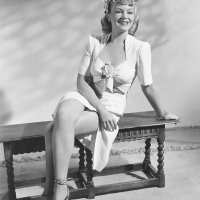 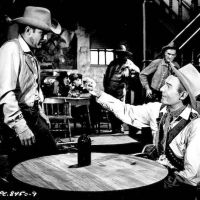