As a major fan of westerns I have great fondness for those films which, while not belonging in the genre proper, are set in the American west. It’s not at all uncommon to see mystery elements woven into the fabric of many a western tale, and so it’s not all that surprising to come across a whodunit which plays out against the backdrop of the west, even if it is the modern version of this setting. In the case of Edge of Eternity (1959) that setting is one of the most important ingredients, the breathtaking views of the Grand Canyon dominating the picture from the gripping opening right through to the spectacular conclusion.

A car draws up just short of the rim of the Grand Canyon and its driver, a middle-aged gent in a business suit, scurries forward to peer across the great chasm through a pair of binoculars. Before we even have the chance to ponder the object of his interest another, younger, man appears and carefully disengages the brake before pushing the car towards his unsuspecting victim. Alerted in the nick of time, the older man jumps aside and the vehicle plunges over the edge. These two figures struggle at the edge of the abyss, and soon both will be no more – one death we witness directly, the other will later be seen only after the fact. This dramatic opening sequence pitches the audience straight into the center of a murder mystery, grabbing our collective lapels and giving us a good threatening shake to ensure our attention doesn’t drift. We don’t know who these men are, why they fought, why they died, or who killed one of them. The task of finding the answers to these questions falls to Les Martin (Cornel Wilde), a deputy sheriff who has moved to Arizona with the hope of rebuilding a career he saw fall apart due to his own mistakes back in Denver. Aside from a natural desire to make up for past errors, Martin also wants to do what he can to help the sheriff (Edgar Buchanan), the man who hired him and offered him a second chance, get reelected. As he painstakingly assembles the pieces of the puzzle and attempts to fit them together so as to form a picture of what happened and why, he finds himself ever more attracted to Janice Kendon (Victoria Shaw), the daughter of a local mining magnate. What makes it more difficult for Martin though is the growing realization that there seems to be some connection between the deaths and the wealthy Kendon family.

The films of Don Siegel tend to be direct, no-nonsense, economical affairs. This is not to say they are devoid of artistry, rather the artistry on show is never overblown or self-consciously extravagant. Edge of Eternity, for example, is not an especially deep movie, it’s not a multi-layered affair and it doesn’t pretend to offer any particular insight into the human condition. Siegel was making a whodunit with an action element, and that’s exactly what the viewer is presented with. And of course he knew how to compose exciting sequences, not least the swooping, dizzying climax in the “dancing bucket” swaying precariously in mid-air. In addition, it’s a beautiful looking film, the primal awe-inspiring landscape of the Grand Canyon becoming a character in the drama itself, dwarfing the other players and demanding attention due to its natural wonder and danger. The cinematography of Burnett Guffey, probably most admired for his work on a range of noir pictures but here reveling in the glorious colors on display, really shows off the locations. Finally, there’s a typically strong and robust score provided by Daniele Amfitheatrof.

Cornel Wilde took the lead, an interesting role in ways but also a little underdeveloped in others. It’s made apparent that he’s trying to make a new life for himself after the loss of his wife and the subsequent derailment of his career. There was a good deal of potential for more internal conflict resulting from this and it is touched upon a few times, most notably during the short courtroom scene, but it’s never exploited to the full. There is a sense that Wilde is a man who wants to make amends for his past failings but it never goes much beyond that. In fairness, the film is first and foremost a mystery and the Knut Swenson screenplay concentrates primarily on that. I’ve only seen Victoria Shaw in a few films apart from this one – The Crimson Kimono and Alvarez Kelly. With the help of her striking and colorful costumes, Shaw brings a tough and feisty edge to her part, sassy and spirited throughout. Due to the nature of a whodunit and my wish to avoid any accidental spoilers for readers who haven’t seen this film I’ll be briefer than usual with my references to the other members of the cast. Let’s just say that there’s solid work turned in by Jack Elam, Rian Garrick, Edgar Buchanan, Mickey Shaughnessy & Alexander Lockwood and leave it at that.

I’m not sure how widely known Edge of Eternity is, all I can say is I was unfamiliar with this title myself until fairly recently. It’s been released on MOD DVD in the US and there’s also a Spanish disc, which I have. The movie was shot in CinemaScope and the transfer to DVD preserves this anamorphic widescreen ratio. A film like this depends heavily on the visuals and it’s important to see these reproduced as faithfully as possible. For the most part the image is acceptably clean and sharp, although some of the process shots (particularly a few during the airborne climax) look a little rougher. As usual with these Spanish releases, the subtitles are optional and can be disabled via the setup menu. For me, the movie represented a blind buy, mainly based on the director and star. I enjoyed it very much, and its short running time means it never outstays its welcome. I especially liked the fact it has a cross genre appeal – it’s a suspenseful mystery with some fine action scenes and a bit of western flavor thrown in for good measure. Overall, an entertaining film that I feel is worth checking out.

19 thoughts on “Edge of Eternity” 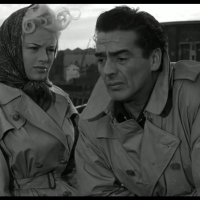 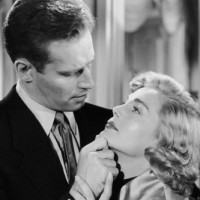 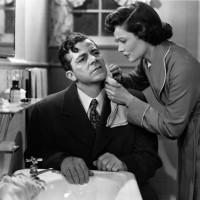 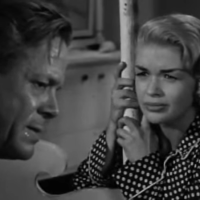