It’s been said that everything has its own time, its place in the overall scheme, and I guess that’s true of art in general and  movies in this particular instance. Anyone browsing around this place for even a short time will probably notice that I’m fond of tracing the lines of development of cinema, especially the western. I like to see where individual films came from, what they were pointing towards and where they fit into the pattern formed by the genre. The reason I mention all that is because as I watched Fort Massacre (1958) it struck me that the film is very much a product of its time, both within the line of progression followed by the western and also on account of its placement in the filmography of its leading player – I shall return to, and try to expand upon, that later.

It opens with a killing, or the aftermath of a massacre to be more precise. In New Mexico a platoon on its way to join up with a larger column, in turn supposed to meet and escort a wagon train, has been ambushed and very nearly wiped out by  a large war party of Apache. What remains is a bedraggled and weary troop under the command of Sergeant Vinson (Joel McCrea), the highest ranking man left alive. It’s down to this man to try to get the survivors to the nearest fort and let his superiors take it from there. However, in order to do this he has to overcome hostility. That hostility is exists on many fonts and on many levels: form the landscape, the elements, the Apache and most damaging of all, from the men he has to lead. The leader whose right to do so is under question could be regarded as something of a cliché, it tends to come down to lack of confidence and questions pertaining to competence. Here, somewhat refreshingly and perhaps daringly, that’s not quite the case. Vinson has to constantly battle the mutinous rumblings from within his own ranks not because they don’t trust his abilities as a soldier, but because his own men look on him as something of a monster, a man consumed with a passion for killing. It’s gradually revealed that Vinson lost all that he held most dear to the Apache and acquired a ruthless, bloodthirsty streak as a consequence. And so every decision that has to be taken is eyed with suspicion by the troopers, and also by the viewers, who wonder whether the veteran sergeant is savior or avenger.

Fort Massacre was the first of two films director Joseph M Newman made with Joel McCrea (The Gunfight at Dodge City would come out the following year) and it’s an excellent piece of work. With the enduring popularity of cult Sci-Fi movies, I imagine Newman’s name will be familiar to many as the man who took charge of This Island Earth. Here, he keeps the story on track and moving steadily forward, making optimum use of the New Mexico and Utah locations. The two big action set pieces are well handled and sure touch of cinematographer Carl Guthrie is also evident throughout. I mentioned the placement of the film in the timeline of the western back in the introduction, and I’d like to attempt to clarify what I was referring to. By the 1950s the western had attained full maturity, and by the end of that decade it was possessed of the self-assurance that its own artistic elevation bestowed on it. So in practical terms, what does that mean? It means, to my mind anyway, that the genre had clarity of vision. The western by this time, and at its best, could regard itself with clarity, unburdened by the awkwardness of its own adolescence and not yet jaded by the introspection of its post-classical years. The western could see itself as it was, and therefore present audiences with a character like Vinson and, with confidence, ask them to make of him what they would.

Which leads me neatly on to Joel McCrea and his portrayal of Sergeant Vinson, which I also alluded to above. McCrea was approaching the end of his career at this stage, with only the aforementioned The Gunfight at Dodge City and the masterly Ride the High Country as noteworthy works ahead of him. His post-war credits, like those of Randolph Scott, were almost exclusively confined to the western so his authoritative position in the genre was and is unassailable. Again, this breeds the type of assurance that allows a big name player like McCrea to tackle a figure of the moral complexity of Vinson. A lesser performer, at a different place professionally, would have struggled with this one. Vinson is neither all bad nor all good, he’s a human being with all the reactions and failings which go with that. This is where the film is at its strongest, I think, that solid core which McCrea provides allowing for a grown-up appraisal of the revenge motif that bypasses the temptation to go for any simplistic resolution.

For long stretches the supporting cast appear as something akin to a Greek chorus, blending into one disgruntled formation, anonymous behind the figurative masks of their uniform and speaking as one as they voice their criticism of Vinson. Yet, from time to time, individuals do step forward and show something more of themselves. John Russell is the next closest to a rounded character, his self-doubting though educated recruit gradually coming into his own as circumstances and the influences of both his fellow troopers and Vinson mold him. It’s a good role for Russell, though he lacks the warmth McCrea naturally exudes he still acts as a figure for viewers to identify with more comfortably. Forrest Tucker  also has opportunities to shine as the stage Irish soldier who mixes insubordination with charm, a very enjoyable turn and he plays well off Anthony Caruso. Late on there are memorable, and at times darkly humorous, appearances by Susan Cabot and Francis McDonald as two Paiute Indians who become reluctantly involved in the soldiers’ plight.

Fort Massacre is easy enough to track down for viewing, there are readily available Blu-ray and DVD options in the USA, Europe and, I  imagine, other territories. Towards the end of last year there was a blogathon dedicated to Joel McCrea which I had hoped to participate in but which circumstances at the time just didn’t allow. I regret missing out on it and the reason I mention it here is because Fort Massacre was the film I had planned to write up as my contribution. Well, here it is, a few months late, and I recommend anyone reading this check out the other entries in that blogathon, which can be accessed here – good film writing doesn’t have an expiry date. 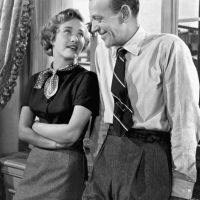 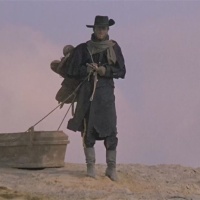 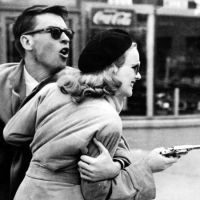