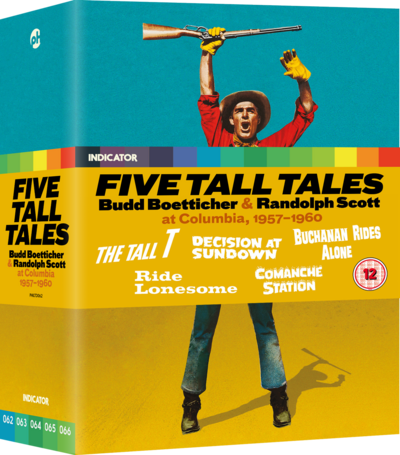 Five classic, iconic and slyly subversive westerns collected on Blu-ray for the very first time. Containing a selection of new and archival extras – including interviews with director Budd Boetticher and an appreciation by film critic Kim Newman – this collectable five-disc box set also contains an 80-page book with newly commissioned essays, archival interviews and full credits, and is strictly limited to 6,000 units.

Wonderful news about some films which cannot be praised highly enough! This set can be ordered direct from the distributor here. If anyone is unfamiliar with the films and wants a quick overview, here are some pieces I wrote after the DVD release some years ago: