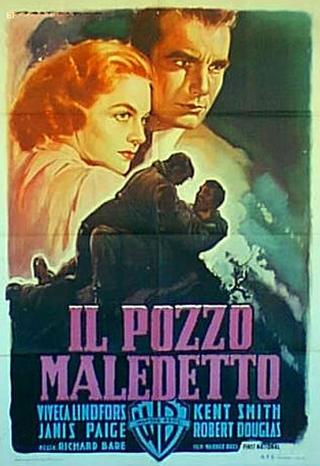 Years ago, when I took my first tentative steps into the world of blogging, I wanted to find some means of talking about the movies which I found interesting. The thing was those films all too often were of a kind that had, let’s say, a somewhat limited following, material that might be obscure but didn’t have the benefit of carrying the cult label. Ever since, I’ve branched out a bit and I like to mix it up, featuring the better known and more critically celebrated alongside the forgotten and the neglected. Still, I want to return on a fairly regular basis to those movies in the latter category, to focus a light on the overlooked corners of cinema’s past and either remind people of something they once saw or, where possible, introduce it to a potentially new audience. With that in mind, let’s pay a visit to This Side of the Law (1950), a small scale and unheralded piece of mystery/noir.

The flashback is a wonderful noir device, offering up someone in a sticky situation and then inviting the audience to step back into the past to see if we can understand exactly how they wound up in trouble. That’s how This Side of the Law opens, with a man quite literally in a hole. David Cummins (Kent Smith) is trapped, bruised and despairing, lying sprawled in the depths of a slimy underground cistern, shut off from the world above and waiting to die. How did he get here? Well, Cummins is a bum, a man who has been picked up and run in on a vagrancy charge. However, instead of doing his time quietly and anonymously, he is spotted by sharp lawyer Philip Cagle (Robert Douglas) who is stunned by Cummins’ resemblance to a former client. And so Cummins sees his life transformed; persuaded by Cagle to take on the identity of a missing millionaire for a brief time, he genuinely goes from rags to riches. The problem is his relatives are less than pleased to see the wanderer return – his weak-willed brother (John Alvin) and adulterous sister-in-law (Janis Paige) are respectively outraged and bemused. And then there is the wife (Viveca Lindfors), unsure of how she feels about the reappearance of a man for whom she held mixed feelings. Of course when a man is as unwelcome as this guy, you have to wonder how long he’ll be allowed to stick around… 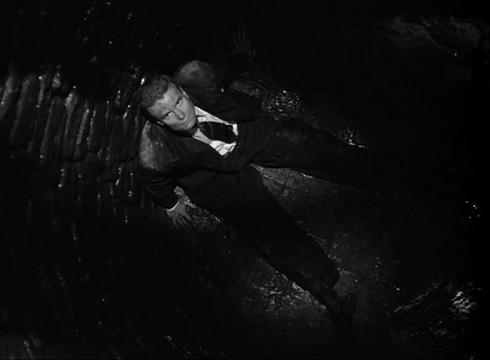 Director Richard L Bare spent the majority of his career making Joe McDoakes shorts and then moved on to plenty of television work. His features are few in number but his budget-conscious background seems to have taught him how to get the best out of limited resources. This Side of the Law has a standard plot, one that isn’t going to surprise too many viewers but it’s pretty enjoyable in spite of that. Sure it’s a hoary old yarn and the twists are easy enough to spot in advance. But it looks splendid, one of those productions where the studio sets are a genuine asset. In fairness, much of this is down to the expert cinematography of Carl Guthrie, a man who was something of a genius behind the camera and who created magical and beautifully lit images in countless set-bound films.

Kent Smith never quite made it as a leading man, although he had a long career and was involved in some memorable films along the way. This Side of the Law was a B movie but he did good work in a number of low budget efforts such as this. Tightly made productions don’t give many opportunities for nuance or subtlety but I think Smith managed to convey some in his performance, never overplaying and tapping into the uncertainty and trepidation of his character very credibly. Swedish actress Lindfors is fine as the puzzled wife and also underplays skillfully. On the other hand, Janis Paige vamps successfully and uses her insolent sexuality effectively. I feel John Alvin could have been a bit more restrained as the cuckolded younger brother and would have preferred it if he had reined it in a little. And Robert Douglas, well he was an old pro and very smooth. 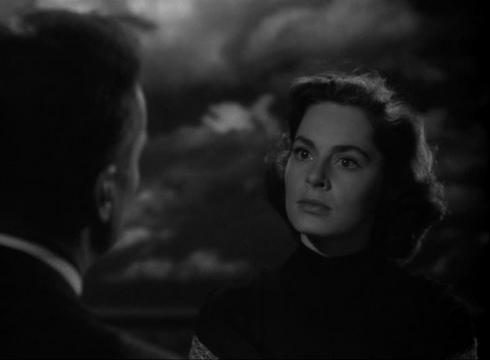 This Side of the Law was a Warner Brothers production and has been released on DVD as part of the MOD Archive range in the US and there is also a low-cost DVD available from Italy. The film appears to be in good condition and shows off Guthrie’s photography nicely. Frankly, I like this kind of modest fare, and the moodily expressive cinematography is a big bonus. The film is no world-beater and I have no intention of trying to sell it as such. However, it is enjoyable, good-looking and features a handful of solid performances. If you have the opportunity, give it a try as there are far worse ways of passing an hour and a quarter.

22 thoughts on “This Side of the Law”