The years following WWII saw a number of movies looking at the problems encountered by veterans returning home and the difficulties they faced in trying to assimilate themselves once again into society in peace time. This was a common enough theme in film noir, where the shadowy, paranoid and dangerous world of the dark cinema seemed ideally suited to such tales of detachment and disillusionment. Westerns, on the other hand, would appear an odd choice for exploring these particular issues. However, as I’ve tried to point out in the past, the western was a versatile and malleable genre capable of embracing just about any type of story. The Man from Colorado (1948) deals with a man coming home after experiencing the horrors of a different and more distant war – the Civil War – but the associated problems, especially the psychological ones, are sure to have struck a chord with contemporary audiences. Perhaps more importantly, the film remains relevant for modern audiences as, sadly, new conflicts have a nasty habit of rearing up to rob a little of the soul of almost every generation.

It all starts with a massacre. On the last day of the Civil War a small band of Confederate soldiers are holed up in a box canyon. Faced by a well equipped Union force, these demoralized troops have the choice of making a fight of it or surrendering. Their officer orders a white flag run up, and then watches in disbelief as the Union commander gives the word for his artillery to open up. Owen Devereaux (Glenn Ford) is the colonel who knowingly seals the fate of this group of doomed men. Devereaux is a man not only hardened by battle but psychologically damaged to the extent that his humanity has been all but stripped away. This calculated atrocity is witnessed by his friend and subordinate Captain Del Stewart (William Holden), but his sense of loyalty to his commander, and perhaps his charity to a man he feels has been scarred enough by conflict, leads to his surreptitiously burying the evidence. Devereaux himself recognizes the mental strain he’s suffering from but hopes that civilian life and freedom from official duties will offer him respite. However, that’s not to be; a man with his war record is attractive to those with a political agenda to push, and the local businessmen in his hometown convince Devereaux to take on the role of federal judge. Reluctantly, Stewart agrees to serve as federal marshal under Devereaux, partly because it affords him the opportunity to keep an eye on his disturbed friend. Nowadays, the condition affecting Devereaux would likely be referred to as post traumatic stress disorder and various treatments would be prescribed. However, we’re talking about 1865 and men had to simply soldier on, so to speak. The power and responsibility that Devereaux now holds seem only to exacerbate the problem, and the fact that Stewart is not only his deputy but a rival in love too doesn’t help matters any. As Devereaux, backed by grasping mining interests, develops a kind of callous megalomania that threatens to undermine all respect for the law among the locals, Stewart increasingly realizes that his friend has gone beyond the pale and it’s his duty to take a stand.

Borden Chase wrote the story that The Man from Colorado was based on, although I don’t know how much of that was altered in the finished screenplay. The dark characterizations certainly all bear Chase’s stamp, but the script shows the mine owners and authority figures in a pretty negative light, something that would appear to be at odds with his conservatism. The depiction of a man driven insane by the horrors of warfare and his inability to come to terms with a post-war life is the main theme of the movie, and it’s obviously the most interesting feature. However, the critique of a society shaped and driven by financial interests is never far from the surface either. Taken together, these two aspects are held up to the light in what is essentially an examination of how society treats those it relied on to defend its safety when the hostilities have come to an end. The inference is that, at the time anyway, a man had to deal with these matters himself, or with the help of a handful of close friends at best. Director Henry Levin is one of those figures who worked away within the studio system, making movies in all kinds of genres, without too much fuss or acclaim. His handling of the material in The Man from Colorado shows he was more than capable of telling an interesting story and keeping the pace tight. The film is a mix of interior and location work, with the former dominating for long stretches. For the most part, the action set pieces take place outdoors – particularly the opening and the fiery climax – while the sound stage interiors are used for the more psychologically complex character scenes. At times here, the lighting, composition and musical cues suggest the feel of a film noir, in spite of the sumptuous Technicolor used in the movie.

As far as the performances are concerned, the lion’s share of the work is carried out by Ford and Holden, with the former being the center of attention. The part of Owen Devereaux is arguably the least sympathetic of Glenn Ford’s many roles. He managed to get right into the dark heart of his character, but in doing so missed out on giving him too much dimension. That may be down to the writing as much as anything, but it still means that the central role is robbed of some much needed complexity. Basically, Ford becomes a villainous black hat for the audience to hiss at, and not a lot more. What this means is that Holden’s part is given added interest. A lawman who turns in his badge and joins a gang of outlaws isn’t usually seen as a hero in westerns of the period, but that’s precisely what Holden’s Del Stewart does. There’s considerably more conflict in this character – loyalty, love and social responsibility are all motivational factors for him – and Holden gets to explore his range a good deal more than Ford. Among the supporting cast James Millican has the plum role as the former soldier who insubordination sees him run foul of Ford’s Devereaux. Millican gets to play a great anti-heroic figure and eventually bows out in fine fashion – a terrific actor. Ellen Drew is the only woman in the movie, as the object of both Ford and Holden’s affections, and her role is a weak one; she’s not called on to do much more than look suitably distressed by Ford’s growing excesses. Other parts of note are filled by Edgar Buchanan as a sympathetic doctor and Ray Collins as the mercenary mine owner.

The Man from Colorado is a Columbia production so Sony are responsible for its release on home video. The UK DVD is a very basic disc, lacking a proper menu and boasting no extra features at all, apart from a plethora of language and subtitle options. That notwithstanding, the picture quality, which is ultimately the most important thing, is excellent. The print used for the transfer is in very good condition and displays no damage that I was aware of. The transfer is clean and sharp, and the Technicolor looks to be especially well reproduced – all in all, this is a handsome presentation. Westerns with a strong psychological storyline really came into their own in the 1950s but The Man from Colorado represents a fine late 40s example of this variant. While I think the film could have benefited from a more rounded portrayal of Ford’s character the roles played by Holden and Millican do compensate to some extent. In the final analysis, I consider this to be a solid, worthwhile western that I’d rate as above average.

35 thoughts on “The Man from Colorado” 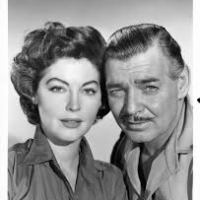 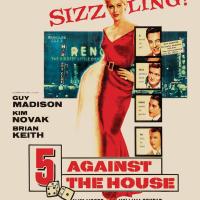 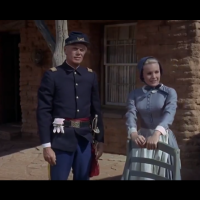 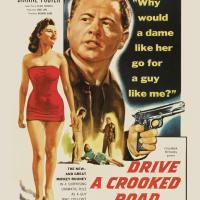