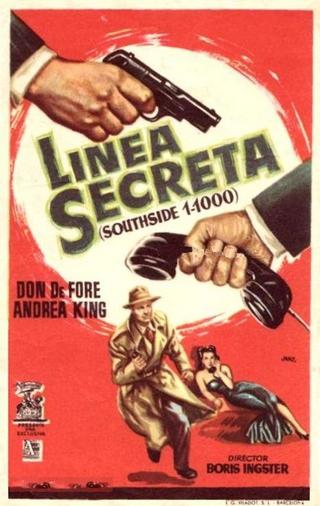 I find myself somewhat on the fence when it comes to documentary style film noir. Henry Hathaway is usually credited as pioneering the approach with The House on 92nd Street,  and it’s certainly not without its attractions – the increased reliance on location filming, the sense of urgency that accompanies topical material, and the overall heightening of realism. On the other hand, these factors can serve to date a piece (although one could initiate a separate debate on whether or not being “dated” actually constitutes a drawback) and there is, after all, much to be said for the artistry of unreality. Anyway, this all just serves to introduce Southside 1-1000 (1950), an obscure but enjoyable low-budget example of this noir variant.

With one war having ended a few short years before and a new cold one putting a chill on international relations, the film opens with one of the more hawkish and cautionary examples of the voiceover narration – grim end-of-days stuff which  starts with dire warnings about the threat to liberty and moves on to the role of money in maintaining the nation’s security, and then to the vital part played by the treasury agents, the T-Men, in protecting the integrity of the currency and running down the counterfeiters. The purpose of this quite lengthy build up is to draw the viewer into an examination of one particular investigation, and it all begins with a small-time pickpocket being nabbed relieving a mark of some bad money at the racetrack. What follows is an absorbing account of T-Man John Riggs (Don DeFore) and his efforts to trace the money back to its source. The first part of the story unfolds much like a police procedural, a methodical following up of leads and clues via observation and tails. All until the link in the chain gets broken pretty spectacularly due to a headlong exit from a 12th floor window. After that, the focus shifts and our hero puts himself directly in the line of fire by going undercover and posing as a flash hood looking for a way into the racket. 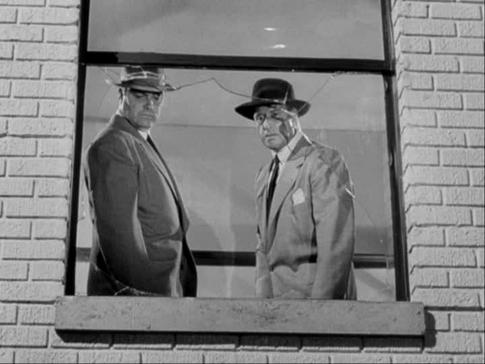 Southside 1-1000 was directed by Boris Ingster, a man with a tiny list of directing credits (3) but one of which, Stranger on the Third Floor, is frequently referenced as the first film noir. That’s not a bad association to have, although he does deserve mention too for his significant body of work as associate producer and producer on a number of high-profile TV shows, especially Wagon Train and The Man from U.N.C.L.E. Southside 1-1000 is a brisk picture that doesn’t waste much time, coming in at just under 80 minutes, yet it does lose some of its impetus in the middle when the undercover sting is being set up. Still, the opening section is strong and then the latter stages sees the pace pick up again and the atmosphere is highlighted through the moody cinematography of Russell Harlan and the editing of Christian Nyby.

Southside 1-1000 doesn’t have any big names in the cast, but there are plenty of familiar faces for movie fans to enjoy. Don DeFore takes the lead and he’s a man I know mainly from a couple of excellent pictures, Ramrod and Too Late for Tears. There’s an easy-going quality to the man which makes him appear comfortable on the screen and he’s the type you find yourself rooting for almost automatically. Nearly everybody else is a shady character of varying degrees of importance, with George Tobias, Morris Ankrum and Barry Kelley all making memorable contributions. The only woman with anything much to do in the cast is Andrea King and she has a part that is both meaty and interesting. While she seems to have had a long, active and varied career, I think the only movies I can say I remember her from are The Lemon Drop Kid and Dial 1119. 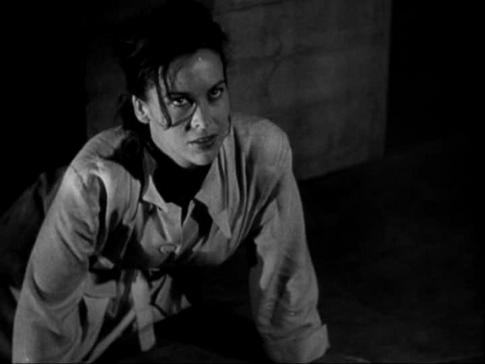 The film is available on DVD as part of the Warner Archive range, and it looks quite decent for the most part, perhaps a little soft in places but there’s really not much to complain about. I don’t imagine this is an especially well-known movie – it only came to my attention a year or so ago and I don’t think I ever saw it pop up in the TV schedules back in the day. Overall, I have to say I liked it – I guess the less familiar cast and its relative obscurity helped pique my interest and then the talent behind the camera, not to mention the location work around Los Angeles and San Quentin, kept me watching. All told, this is by no means a bad little film and it’s worth a look  if you can track down a copy.